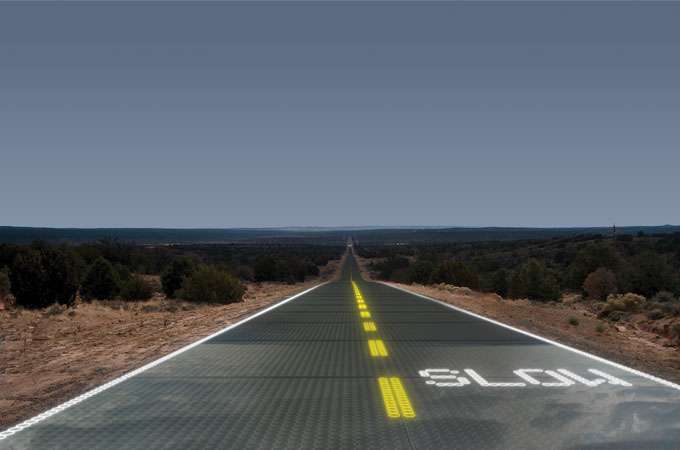 Taking Solar to the Streets

Maybe paving paradise wouldn’t seem quite so bad, if we could put up a solar parking lot. That’s the premise behind an electrical engineer’s vision of bringing the world of rooftop solar photovoltaic panels a little closer down to Earth.

Oh, and his big idea could also end our oil dependency. Solar roadways would not only generate significant power for the nation’s grid, they could also act as electric superhighways that would distribute the renewable electrons. Other imaginable perks? Driveways that melt their own ice and snow—or parking lots that, through electric-vehicle charging stations, actually power cars while their owners shop.

Of course, even aside from a list of technical challenges, there are other reasons why some call Brusaw’s dream sky-high. His thus far largely theoretical panels could cost about $4.4 million per mile, four times more than traditional asphalt paving. But he hopes the panels could pay themselves off in 20 years by producing enough power for 428 homes and lasting longer than traditional paving.

So far, he has built a rough prototype with funding from the Federal Highway Administration. But Solar Roadways could be on the cusp of winning an even bigger backer; the idea recently beat out nearly 4,000 others submitted to GE’s “Ecomagination Challenge,” winning the popular vote and a $50,000 prize. The larger pot—a total of $200 million in GE sponsorships—has yet to be fully awarded. ❧