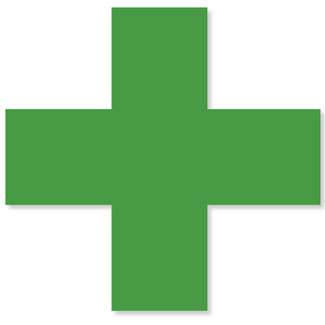 For several weeks after the Deepwater Horizon rig collapsed last April 18, nobody knew how much oil the busted wellhead was releasing into the Gulf of Mexico—only that the quantity was huge. Without that critical data point, there was no way to gauge the growing size or potential impact of the disaster. Yet the people in charge of stopping the gusher seemed curiously uninterested in knowing the extent of the damage. BP declined to provide any estimate of the volume of oil erupting into the sea, saying it made no difference in their plans to cap the well or clean up the spill, while NOAA offered only a single estimate of 5,000 barrels per day.

The lack of reliable information on an enormous, unfolding disaster made little sense to many scientists and engineers following the news. “The Coast Guard and BP had said flow rate doesn’t matter. But the reaction from others was, we want to know,” said Steve Wereley, a professor of mechanical engineering at Purdue University.

Using a grainy video clip of the wellhead posted online by BP, Wereley set out to find an answer. Collaborating with a few colleagues at other universities, this independent group of scientists quickly estimated the size of the disaster at an order of magnitude greater than NOAA’s original figure—approximately 30,000 to 50,000 barrels of oil per day. When official estimates were ultimately made, it turned out the scientists were pretty close: 62,000 barrels of oil per day flowed during the early weeks, then tapered off slightly to 53,000 before the well was capped. Wereley’s team had revealed the true scale of the disaster: close to 5 million barrels of oil flowed into the Gulf during the three months BP took to cap the well, one of the largest oil spills in history.

Large-scale disasters almost always overwhelm government agencies. Bureaucracies are accustomed to moving slowly. And when they try to move fast, they hit red tape, turf conflicts, and political obstacles. And large oil companies (or other private organizations) will safeguard their own interests before the public’s.

An environmental crisis corps could fill this void. Just as there is a Red Cross to respond to humanitarian disasters, a Green Cross could backstop governments, private companies, and NGOs with scientific expertise. The Green Cross could help solve immediate, short-term problems in an unfolding disaster and offer expertise on clean-up and restoration of damaged ecosystems. (There already is a Green Cross, an international eco-cooperation foundation created by Mikhail Gorbachev, so we might have to pick another name.)

Government’s shortcomings are no secret. Just look at Hurricane Katrina or various mining disasters or even the failure to grapple with climate change. The independent commission appointed by President Obama to investigate the spill singled out confusion over the size of the spill as a major failing: “By initially underestimating the amount of oil flow and then, at the end of the summer, appearing to underestimate the amount of oil remaining in the Gulf, the federal government created the impression that it was either not fully competent to handle the spill or not fully candid with the American people about the scope of the problem.”

The twenty-first century is already shaping up to be an era of eco-disasters. Energy extraction via drilling, mining, or other means is under way in increasingly remote locations, using ever more complex technology. Climate change is expected to cause mounting environmental stresses and severe weather. The big loser in all these scenarios is nature—and, by direct extension, us. Whether it’s oil in the Gulf or a flood of red caustic sludge overtaking a Hungarian village, ecological effects can be devastating and unpredictable.

Governments and private companies have not kept up with these brewing challenges. Emergency response tends to fragment. “Agencies see things through the lens of the resources they are responsible for managing,” says Doug Rader, the chief ocean scientist for the Environmental Defense Fund. The problem, he says, is that no one is in charge of assembling the bigger picture. “Now we’re looking at [the Gulf spill] through the lens of turtles, fishes, beaches. But we’re not getting a comprehensive assessment of what the injuries are likely to be.”

Worse, to minimize political or economic fallout, those linked to a disaster often downplay the severity of the situation or spin it to their own ends. That’s another reason why a Green Cross makes sense. An independent emergency response team, with top scientists in the necessary fields, can provide a reality check for politicians, government agencies, and the media. The more hard information is put into the public domain, the faster and better the response will be.

Right now, independent scientists are pretty much on their own when disaster strikes. The National Science Foundation offers so-called rapid grants in emergency situations, grants for which the approval process is speedier than normal. But demand outpaces supply. “We weren’t doing a lot of data collection during the spill. There were very few funding mechanisms to get scientists out there,” said Thomas Azwell, a social scientist at the University of California at Berkeley who coordinates a Gulf task force of about 75 scientists at different institutions. The group is unfunded but shares information with scientists, the media, and Congress.

The Red Cross is a good potential model. It has a clear mission. It is independently funded, yet plays an integral part in implementing federal disaster plans—running shelters and providing food and medical assistance for displaced people. A Green Cross could take on an analogous role for battered ecosystems. The Red Cross, founded in 1881, is credible in part because it’s been around so long. Perhaps 2011 is the year we decide to create a green counterpart. The need is clearly there and, in an era of government cutbacks and ecological uncertainty, is growing. ❧

John McQuaid is a journalist based in Washington, D.C., and specializes in science, environment, and government. He is the coauthor of Path of Destruction: The Devastation of New Orleans and the Coming Age of Superstorms.