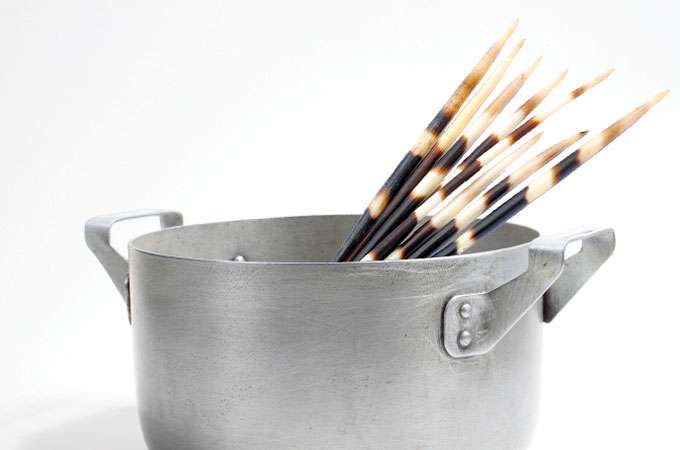 It’s a long-standing idea: take pressure off wild animals threatened by over-exploitation by encouraging farmers to raise and sell them. A new study from Vietnam, however, suggests that commercial farming is doing more harm than good for a porcupine that’s popular on the dinner plate. That’s partly because some farmers appear to be “laundering” porcupines—buying wild-caught animals and then passing them off as captive-bred.

Populations of the relatively common Southeast Asian porcupine (Hystrix brachyura) have dropped by at least 20 percent since 1990, in part due to rising demand for its meat, according to the International Union for Conservation of Nature. In Vietnam, entrepreneurial farmers have started to tap the growing market by raising porcupines. Some government officials have encouraged the farms—there are more than 400—as a way of protecting the region’s porcupine populations from illegal hunting.

To get a sense of how the boom might be influencing wild populations, researchers from Vietnam and the U.K. teamed up to interview farmers and restaurant owners in Son La as well as government officials responsible for regulating farms and wildlife. Overall, 39 of the 67 farm owners interviewed admitted to purchasing wild porcupines—which is illegal—to start their breeding programs, and at least 13 said they continued to buy wild animals.

A majority also reported that wild porcupines could no longer be found locally. One farmer, who also served as a border guard, told researchers that smugglers brought 20 pairs of wild-caught porcupines across the Laos border every night. And profits are high: selling just two pairs of porcupines can earn a smuggler far more than the average Vietnamese earns in a year.

Since the trade encourages more farmers to get into the business but doesn’t provide consumers with enough captive-bred meat, it is “akin to a pyramid scheme, and is an unsustainable model … (C)ommercial farming could potentially cause local extirpations of even relatively common and fast-breeding species like porcupines.” Solving this spiny problem, they say, will require education, greater oversight of farms, and tighter enforcement of wildlife laws. ❧