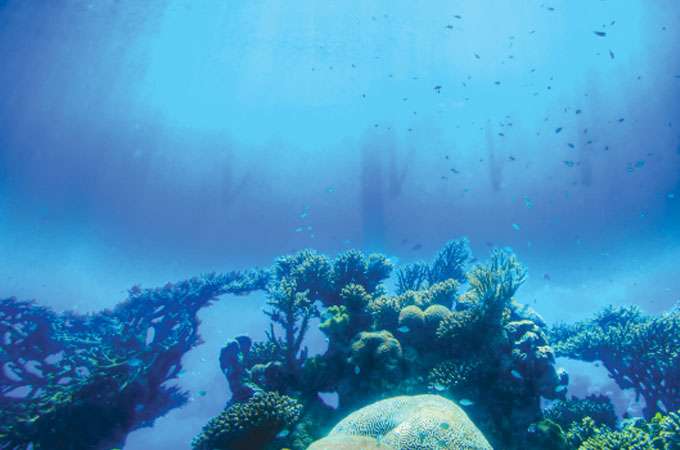 The Path of Least Resilience

Which ecosystems can be expected to be most resilient to the onslaughts of climate change? The conventional view holds that systems already damaged by other human activities will be less able to withstand additional stresses than pristine counterparts. But a new paper in PLoS Biology argues that such thinking, while intuitively appealing, is sometimes wrong: over the long haul, “scratched and dented” may be superior to “runs like new.”  The counterintuitive perspective challenges the view that preserving species and restoring native habitat will give natural systems any added capacity to cope with the climate-related challenges that lie ahead.

Isabelle Côté and Emily Darling, both of Simon Fraser University in British Columbia, set out to critically examine the “management for resilience” model, using evidence from coral reefs. Climate impacts on coral ecosystems are already being felt in the form of widespread episodes of coral bleaching brought on by warming ocean waters. Côté and Darling write that, contrary to the expectations of resilience-based management, pristine and protected coral communities have not been any more resistant to bleaching than communities already highly impacted by overfishing, pollution, and sedimentation. In fact, more intact communities often fare worse in regional bleaching episodes.

The reason may be that in degraded systems, the most sensitive species and individuals have already been selectively culled; pristine systems, in contrast, retain a much higher percentage of these vulnerable species. The finding that degraded systems may be the most tolerant to further disturbance presents a paradox for management: actions taken to preserve or restore intact reef communities may actually push these areas closer to an ecological tipping point as ocean temperatures rise. The authors write that marine protected areas may yield many intrinsic conservation benefits but should not be regarded as offering any protection against the overriding effects of climate change. ❧