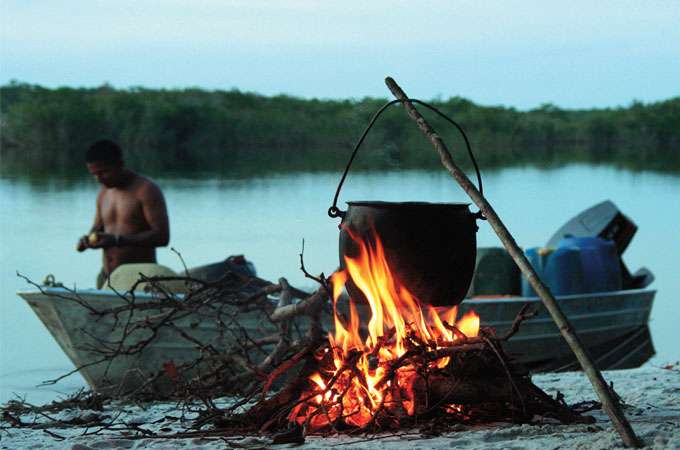 What does depopulation of Brazil’s forests mean for conservation?

Things are changing along the Ituxi River, a waterway that leads deep into one of the remotest parts of Brazil’s Amazon forest. Once, the river was “highly populated,” a villager told researcher Luke Parry. But “today it has ten times fewer people than before.”

It was a story that Parry, then an environmental scientist with the University of East Anglia (UEA) in the U.K., heard often in 2007 as he and colleagues visited more than 180 villages—some just a hut or two—in a vast roadless swath of Brazil’s Amazonas state. “Interviewees reported that depopulation . . . had been severe,” they report in Population and Environment. The study is one of the first to document the little-studied trend and explore what it might mean for the forest’s future.

Amazonas still has 1.3 million square kilometers of intact forest, note Parry and his colleagues—the UEA’s Brett Day and Carlos Peres, and Silvana Amaral of Brazil’s Instituto Nacional de Pesquisas Espaciais. And increasingly, its 3.2 million people live in urban centers—with nearly half in the city of Manaus alone. “The rural areas have been losing people,” says Parry.

To find out why, Parry randomly selected eight roadless river valleys and then set out to interview remaining residents. “I had never even heard of some of these places,” he recalls. First, he traveled upriver “as far as the last household,” which in some cases was nearly 750 kilometers from the closest city and required more than a week of constant boat travel. Then Parry worked his way back, conducting surveys along the way in settlements that ranged from just one to 281 households (the average was just two households). “Some of these settlements can be 100 kilometers apart,” he notes. One villager told Parry he had to travel several days just to visit his closest neighbor and trade for a few pounds of sugar.

He discovered that, although some settlers valued isolation—and having easy access to land, timber, and hunting grounds—remote areas “have been largely abandoned due to severe lack of public services and the economic costs inherent in living far from urban centers.” Schools, hospitals, and electricity are rare, and it can be difficult for poor residents to tap government welfare programs. As a result, many families have moved to the city.

It’s not yet clear what the trend means for efforts to protect the Amazon, Parry says. On the one hand, depopulation could take pressure off wildlife and other natural resources. But the lack of people could also have “net conservation costs” if it undermines efforts to promote sustainable use and protection by forest residents. It also opens the door to exploitation by outsiders with little stake in the ecosystem’s future. “Rural population dynamics in the forested tropics have important consequences for conservation,” the team concludes, but have received relatively little attention from academics or policy makers. Parry is meanwhile planning to return to the region to see what is happening—and it’s very possible, he says, that some of the villagers he met a few years ago “aren’t there anymore.” ❧