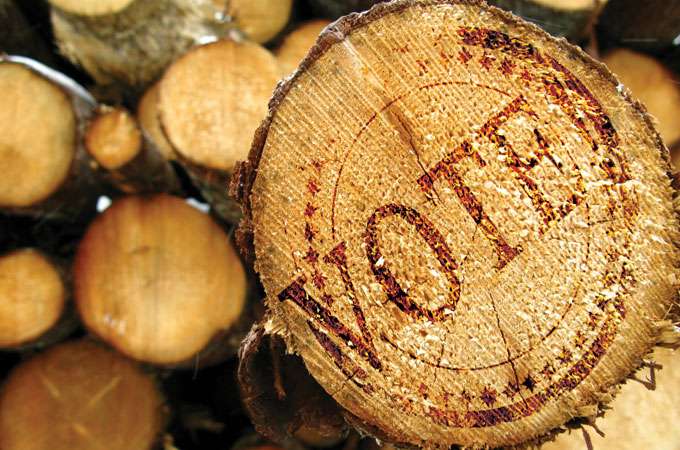 Is autocracy better for trees?

It’s a long-running debate in certain circles: does having the ballot benefit the bees and the butterflies? Or would a dictator do a better job of protecting ecosystems? In search of an answer, two researchers have examined how deforestation rates compare to signs of democracy in 177 nations.

“Deforestation has proven to be a scientific battleground” in the democracy-environment debate, researchers Meilanie Buitenzorgy of Bogor Agricultural University in Indonesia and Arthur P.J. Mol of Wageningen University in the Netherlands report in Environmental and Resource Economics. Some studies have found that democratic societies do a better job of protecting forests, but others suggest that autocrats are better able to “constrain environmentally damaging economic activities as well as population growth.”

“Democracy is not an easy variable to measure,” they concede. But political scientists have developed a ranking system known as the Polity Index that provides a rough guide. Buitenzorgy and Mol graphed how nations’ Polity scores compared to their deforestation rates. The result: a dome-shaped curve suggesting that, in general, more democracy is better for the trees. Young or struggling democracies tend to have the worst rates of deforestation, while more-democratic countries are losing less forest. The study also suggests, however, that “deforestation rates would be relatively low under autocracy.”

Why do struggling democracies fell trees at alarming rates? It may be that the combination of “a weakening state with a still immature civil society” results in chaos, making it difficult to enforce environmental laws. The study highlights that “governance regimes matter” in controlling deforestation, although economic and social factors also play a role. ❧