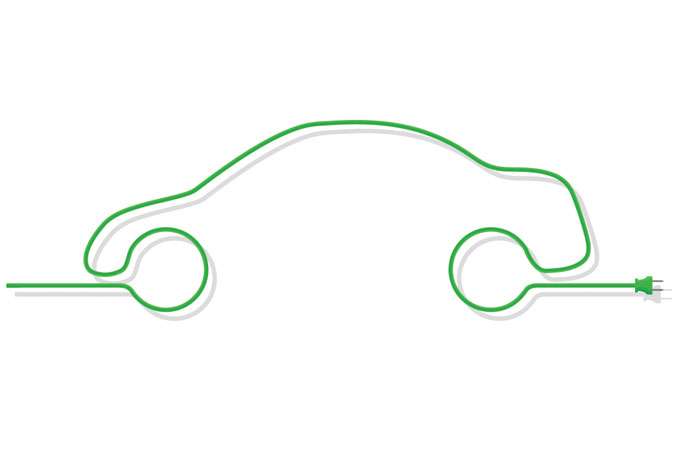 Powering The Dream:
The History and Promise of Green Technology
By Alexis Madrigal
Da Capo Press, 2011

It’s refreshing to read a history book whose intent is to improve decisions in the present and near future. No forbidden Theory of History is needed if the subject is specific and practical, as it is in this able account of the very checkered history of green energy schemes in America.

Entrepreneurs and world-savers were messing around with concentrated solar power in 1841 (that one was stillborn), wind power in 1882 (transformed farming and ranching nationwide), rooftop solar in 1891 (crushed by natural gas), wave power in 1895 (one financial failure after another), and algae-generated oil in 1981 (erased by government neglect). Every technology we think of as hip turns out to be an old and long story, full of hard lessons that need to be unforgotten.

There’s cause for attitude adjustment as well. Madrigal has the best critique I’ve seen of the “appropriate technology” philosophy promoted by my Whole Earth Catalog in the 1970s. We were so sure that only small was beautiful, the technologies we promoted had no chance to scale up enough to challenge the hegemony of coal, oil, and gas. Nuclear, meanwhile, scaled up just fine, despite our disapproval. Good photovoltaic panels could not be developed and built in our garages. Oil companies did it because the necessary materials research required corporate-level R&D—and precise, massive industrial manufacture was needed to make cheap and reliable solar panels.

American techies, Madrigal suggests, are too much in love with the idea of transformative breakthroughs in technique. Energy-system innovation turns out to respond best to decades of steady bearing down on details, which in turn requires steady funding—something the U.S. government is loath to supply. That’s why crude-seeming but nuanced Danish wind turbines from Vestas beat out the “revolutionary” turbines from Kenetech (once valued at $1 billion; bankrupt in 1996).

Environmentalists and investors keep proclaiming that a “Moore’s Law” of solar will soon make coal obsolete. Unfortunately, improvement in energy tech remains stubbornly linear and gradual. The best hope is to employ the still-reliable operation of Moore’s Law in digital technology and surmount barriers by “throwing software at the problem.” Thus a wind turbine can, with a LIDAR detector on the nacelle, pre-adjust to each fistfight of three-dimensional wind coming at it from hundreds of yards away, gaining 12 percent in efficiency. Thus Bill Gross of eSolar can mount cheap, flat mirrors on ever-cheaper sophisticated computers and generate storable, concentrated solar power in 46-megawatt modules.

Madrigal ends his admirable book with an attempt to referee the green-on-green fights developing over local ecological harm from the massive footprint of solar farms. Habitat of endangered species such as the desert tortoise can be preserved by sensitive siting, and if you look at the solar farms in context, their disruption is not qualitatively different from what we already tolerate around deserts from agriculture, roads, mining, and manufacturing.
Concerns about climate change have upended a favorite green motto. “Think globally, act locally” is shifting to “Act globally, adjust locally.

Below are three projects described in Madrigal’s book that highlight the importance of understanding history.

1890, Paris, France: Compressed air was seen as a legitimate competitor for electricity for the transmission of power. There were no long-distance power lines in use, but the entire city was undergirded with compressed-air transmission lines.

1897, Manhattan: The Electric Storage Battery Company used innovation to power its fleet of taxis: When a cab drove into the station, technicians secured and centered it with hydraulic shoes. They then hitched the 1,300-pound battery tray, which ran underneath the cab, to a hydraulic piston that pulled out the whole apparatus and sat it on a table, where “an overhead crane plucked it from the table and deposited it in the charging room.” They slotted in a new battery, and off the cab went again into the wild Manhattan streets.

1945, Vermont: On Grandpa’s Knob mountain, the legendary 150-foot-diameter wind turbine built by Palmer Putnam lost a blade and shut down after four years of generating 1,250 kilowatts of electricity. Putnam failed well, because he created data on which inventors could build the future. In a startlingly progressive move, the company bankrolling the project assigned their patents to the public domain and asked Putnam to write a book detailing what had happened so that others could continue the work. They made their wind data public. This turns out to have been immensely helpful for later generations.

Given the likelihood that the vast majority of today’s green-tech companies will fail, even if some wildly succeed, it is troubling that data-sharing remains rare. What will happen to the data from failed wind and solar companies? Unlike the Smith-Putnam turbine venture, companies might take the key to the next breakthrough to their corporate graves. Gregory Nemet, innovation researcher at the University of Wisconsin, argues that we need a “countercyclical” program in the U.S. to capture knowledge during busts and save it for the booms. Furthermore, Department of Energy funding could come with some information-preservation strings attached. ❧

STEWART BRAND is a cofounder of Global Business Network and is the president of The Long Now Foundation (www.longnow.org). Brand is well known for founding, editing, and publishing the Whole Earth Catalog from 1968 to 1985. Brand also is the author of many pioneering books, including The Clock of the Long Now.

ALEXIS MADRIGAL is senior editor and lead technology reporter for theatlantic.com. A former writer for wired.com, he helped Wired Science become the largest science blog in the world.