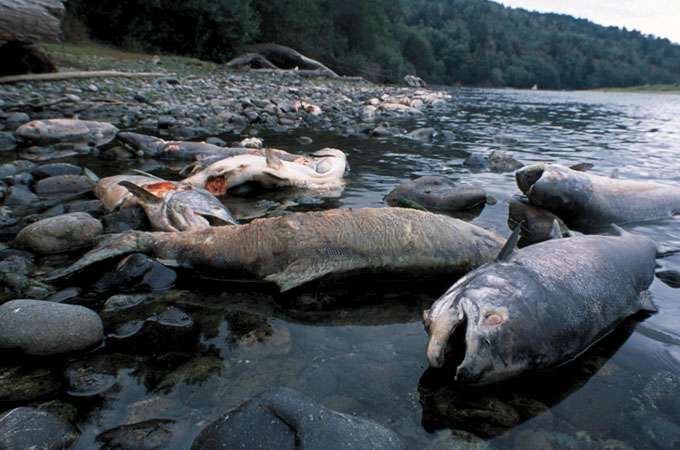 Ask not what a park can do for spawning salmon. Ask what robust salmon runs could do for the park—and for coastal fishing communities.

That’s the provocative idea behind a “radical” proposal being floated by a wide-ranging group of conservation biologists. Limiting fishing for some Pacific salmon bound for spawning streams in Canadian parks could reinvigorate ecosystems that thrive on the annual infusion of millions of fish carcasses. Protecting the runs will produce economic benefits by making ecosystems more productive and more resistant to change, the biologists write in Conservation Letters.

Headwater streams in British Columbia’s coastal parks once saw huge annual runs of salmon. Many of the spawned-out fish died, producing a “fertilizer effect” that provided nutrients to everything from streamside plants to songbirds. These days, however, commercial and recreational fishers kill up to 90 percent of the fish before they spawn, blocking the transfer of nutrients.

To restore at least part of that pulse, the authors propose limiting catches of pink and chum salmon (Oncorhynchus gorbuscha and O. keta), which still have large runs but low commercial value. “Some might deem our idea politically unachievable,” the biologists note. But their hope is that it will “inform and inspire decision-makers with a plan that not only favors biodiversity but also . . . might yield economic and management benefits.” ❧