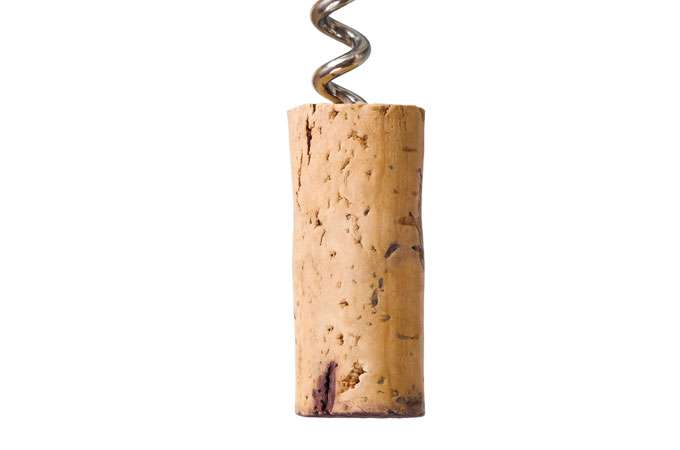 That merlot with the plastic bottle-stopper may be threatening biodiversity, according to a study of bird life in the Mediterranean oak forests that produce traditional corks.

“Montados” in Portugal and “dehesas” in Spain are agricultural grasslands dotted with the cork oak (Quercus suber) and holm oak (Quercus ilex) trees. These cork oaks produce much of the fibrous bark that keeps fine wines from spilling and spoiling. In a centuries-old tradition, cork-makers take long strips of bark from the oaks every nine years, starting when the trees are about 25 years old. The bark then regenerates. But cork forests do more than just provide jobs for nearly 100,000 people, Ana I. Leal of the University of Lisbon and colleagues note in Biological Conservation. In particular, montados “are very important for Mediterranean birds.”

Exactly how debarking influences bird biodiversity, however, hasn’t been carefully studied. To fill that glass, in 2008 Leal and her colleagues surveyed birds and arthropods (including insects) at a large cork forest in Portugal. In particular, they examined how bird abundance and density differed between trees that had recently been stripped and those that had had up to nine years to recover.

Overall, they found that cork age didn’t influence species richness, but that areas with recently debarked trees tended to have slightly lower bird densities. They also found that one group of birds—“gleaners” that pick their prey out of bark crevices—tended to be a bit less common in recently debarked areas. At the landscape and regional scales, however, these debarking impacts were slight: “In fact, even for bark gleaners, the exploited montados are still the most favorable habitat available in the study region,” the authors note.

The real threat to the birds, they write, is “growing competition between cork stoppers and synthetic bottle stoppers.” Wine experts say plastic corks and screw tops now seal up to 30 percent of the world’s wine bottles—that means bottlers aren’t buying billions of real corks. And “without the high income resulting from the production of cork stoppers, montados may lose their economic viability,” the study warns. “This may result in its replacement by other types of land cover, much less valuable for birds and for other components of biodiversity.” Worldwide, other researchers estimate up to 2.2 million hectares of cork forests could be at risk, with nearly one-third of the total in Portugal and one-fifth in Spain.

To keep the cork forests intact, rural residents will need “clear signs . . . that their land is economically, ecologically, and culturally valuable and viable using traditional land management practices,” the authors conclude. Perhaps a toast, then, to putting a cork in it?