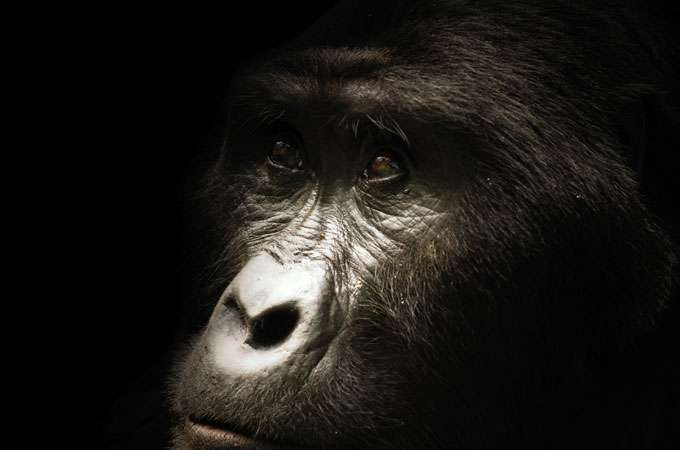 Tourists may have spread deadly virus to wild gorillas

In June 2009, researchers in Rwanda noticed a female mountain gorilla coughing as she fed in her forest home. Within days, she was dead—and researchers now conclude that she and an infant gorilla were killed by a virus that appears to have spread from human visitors.

“We usually think of viruses as jumping from wildlife to humans, but what we often don’t realize is that this is a two-way highway,” says Gustavo Palacios, a researcher at Columbia University’s Center for Infection and Immunity (CII) who studied the incident.

The threats posed to humans by pathogens such as the avian and swine flus are well publicized. Less discussed are the diseases that humans can pass on to our closely related ape relatives. That threat is particularly relevant in Rwanda, Uganda, and the Democratic Republic of Congo, where the world’s 786 remaining mountain gorillas live in two national parks popular with tourists.

“An ecotourism industry for viewing human-habituated gorillas in the wild is thriving in all three countries,” Palacios’s team notes in Emerging Infectious Diseases. The visitors help “ensure the sustainability of the species by generating much-needed revenue and increasing global awareness,” they add. “Tourism, however, also poses a risk for disease.”

Particularly problematic are respiratory diseases, which account for 20 percent of sudden deaths among gorillas (second only to poaching-related trauma). To protect the gorillas, all three governments restrict tourist numbers and proximity, and the Democratic Republic of Congo mandates that visitors wear masks. But “the frequency and severity of respiratory disease outbreaks among mountain gorillas… have recently increased,” the researchers report. From May through August 2008, for instance, outbreaks occurred in four gorilla groups in Rwanda.

Researchers recorded a fifth outbreak in June 2009 in a group known as “Hirwa.” Ultimately, researchers documented moderate-to-severe respiratory disease in 11 of the group’s 12 members. They gave drugs to five of the animals to help fend off the sickness.

Now, tissue samples from the two dead gorillas have revealed the probable cause: a human metapneumovirus (HMPV). The virus is known to have killed chimpanzees exposed to tourists, so it’s not surprising it would kill gorillas, too. Exactly where the virus came from is a mystery, although tests show it is related to strains circulating in South Africa, more than 1,000 miles away.