Ever since our ancestors first harnessed fire hundreds of thousands of years ago, humans have tapped various forms of artificial light to extend our days past sunset and brighten up the indoors. “Indeed, artificial light is so integrated into the human lifestyle as to be barely noticeable,” a team led by Sandia National Laboratories light researcher Jeff Tsao noted last year in a study published in the Journal of Physics (1). And over the past three centuries, our overall consumption of light (black line) has soared as new lighting technologies, such as electricity (purple) and kerosene (red), replaced gas (green) and candles (blue). These curves, taken from a study of light use in the U.K., show that as light production became more energy-efficient, consumption increased by five orders of magnitude—thus helping create a “rebound effect” that pushed up overall energy consumption. In large part, that’s because “lighting is consumed not to waste energy, but to increase human productivity,” Tsao’s group concluded; increased energy consumption “is simply the cost of that increased productivity.” Now, the question is whether new lighting technologies, such as light-emitting diodes (LEDs), will sustain that troubling trend—or make it a dim memory. 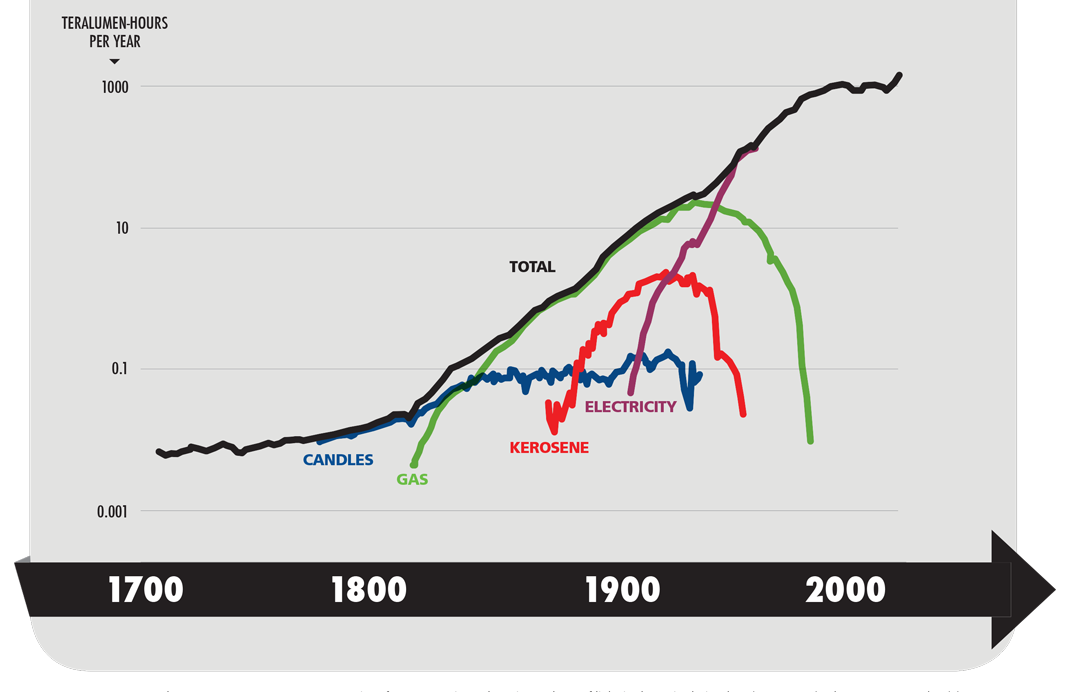