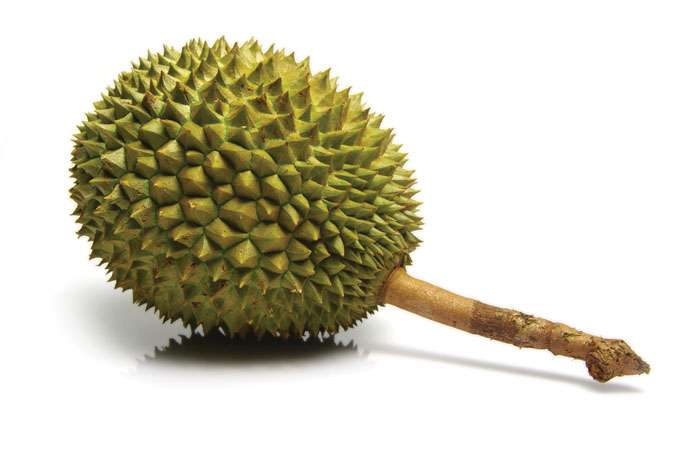 Tropical plants could charge your next car battery

Durian is famous for its noxious smell, but one day the so-called king of fruits could actually help reduce pollution, say researchers at the University of Nottingham Malaysia Campus. They are developing a process to turn durian and other tropical plants into activated carbon, a component of electric-car batteries.

Activated carbon is used to make supercapacitors, which help extend battery charge and overall battery life in electric cars. Supercapacitors also have applications in a variety of other alternative-energy systems such as solar, wind, and wave energy.

Activated carbon is usually made from coal, but that material is expensive. The team wanted to find a cheaper, greener source of activated carbon—and one close to home. “We wanted to have an industry related to energy which rural folk in Malaysia can participate in,” explains engineering professor Dino Isa, who is leading the project. So they began testing various tropical plants that are readily available in rural villages to see whether any would be feasible raw materials for activated carbon.

Isa recalls that the team wasn’t all that optimistic at first. But it turned out that certain plant materials—including durian skin, bamboo, and coconut husks—contain trace minerals that increase the capacity to hold an electric charge and thus make for better supercapacitors.

In the future, the group plans to work with villagers in rural Malaysia to process these raw materials. “The activation process is relatively simple, requiring a simple furnace and controls that reduce as much as possible the occurrence of ash in the final product,” Isa explains. The researchers must calibrate the process for each different type of plant, but then they will develop a step-by-step recipe that they can pass on to the villagers.

Isa’s team is working with Shaz Holdings to commercialize the technology. They have applied for a green-technology grant from the Malaysian government, in order to set up a factory and purchase the necessary equipment to make larger supercapacitors suitable for use in electric vehicles.