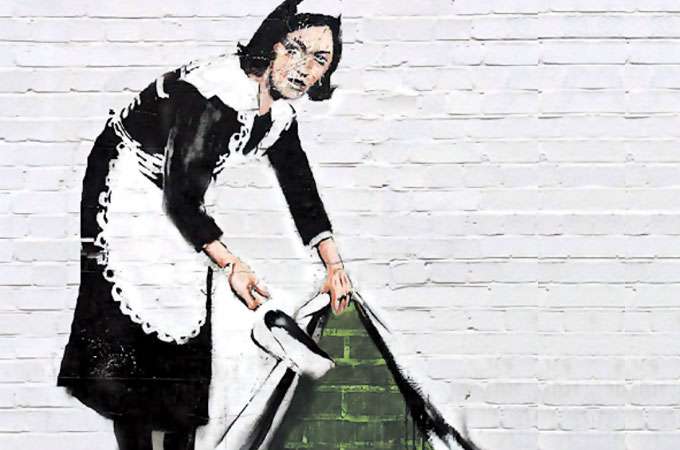 Everything Old Is Green Again

The most energy-efficient building may be the one already built

The Monadnock Building in downtown Chicago, Illinois, was completed in 1894 and was once the largest office building in the world. With austere, 17-story façades ornamented mainly by columns of bay windows, it’s the sort of structure that led the poet Carl Sandburg to call Chicago “City of the Big Shoulders.”

It’s also a kind of avatar of a small-but-growing movement of architects and planners who are highlighting the environmental benefits of working with what we have. Or, to use an oft-quoted phrase coined by architect Carl Elefante, “The greenest building is . . . one that is already built.”

In today’s sustainability-minded parlance, the Monadnock’s big-shoulder quality is known as “high thermal mass.” Its brick walls—six feet thick at the base—help hold in heat in the winter while keeping the building relatively cool in the summer.

“This building is actually one of the best examples of what can be good about an old building from an environmental perspective,” says Patrice Frey, director of sustainability research for the National Trust for Historic Preservation. She knows this firsthand—she has an office in the building.

Far from being outdated and inefficient, she says, many old buildings have features that help minimize energy use: transoms to distribute natural light into the interior, windows placed to allow for cross-breezes. In fact, according to U.S. Department of Energy data, Monadnock-era commercial buildings—those built before 1920—use less energy per square foot than those built at any other time until 2000.

In a sense, the environmental benefits of remodeling and retrofitting old buildings should be obvious. After all, “reuse” is one of environmentalism’s Three R’s, tucked right in there between “reduce” and “recycle.”

Yet the early years of the sustainable building movement focused mainly on applying cutting-edge green technologies to new construction. Leadership in Energy and Environmental Design (LEED), the primary system for green building certification in the U.S., initially applied only to new buildings. (LEED rating systems for remodeling and major renovation have since been added.)

Now, attitudes are beginning to shift as researchers develop a better appreciation of just how much energy it takes to construct a building in the first place, a concept known as embodied energy.

In the past, most people assumed that a building’s embodied energy was only a small fraction of the operating energy it would use over its lifetime. But in recent years, “We’ve really come a long way with life-cycle assessment technology,” which provides a detailed accounting of the cradle-to-grave impacts of specific products or activities, Frey says. And crunching the numbers reveals the hefty impact of embodied energy.

For example, a 2008 study by the U.K.’s Building and Social Housing Foundation found that it would take 35 to 50 years for a newly built, energy-efficient home to recover the carbon emitted in its construction. An analysis of a university building in British Columbia, Canada, yielded similar results.

“We’re starting to see a little bit of data clustering around this idea that it takes at least two or three decades, sometimes more, to recover these impacts,” Frey says. Such analyses compare old and new buildings of similar types. They capture emissions associated with constructing and operating a building—but not those associated with the activities of the people who might live or work there. Yet might replacing a four-story apartment building with an eight-story one, for example, enable twice as many people to live in a walkable and transit-oriented location, live less carbon-intense lifestyles, and reduce emissions overall?

“The reality is that we’re just now beginning to grapple with this tension between density and preservation of existing buildings,” Frey acknowledges.

There are other complications, too. A relatively small proportion of U.S. building stock consists of those pre-1920 buildings that have a natural advantage when it comes to energy efficiency. Quite a lot of it—36 billion square feet in 2007—was built between 1950 and 1990 and was designed to rely on fossil fuels for heating and cooling. But with a little creativity these buildings, too, can be brought up to snuff.

To get a better handle on how the benefits of old buildings might vary depending on climate, building type, and the particular mix of fossil fuels used in different regions, NTHP is conducting one of the most comprehensive life-cycle assessments in the field to date. It models reuse of six different building types—from single-family homes to commercial buildings to schools—in four climate zones. The organization expects to release its study later this year.

Some of the broad strokes are already clear, Frey says. “The impacts of new construction are significant enough that it’s important to consider reuse when we can.”