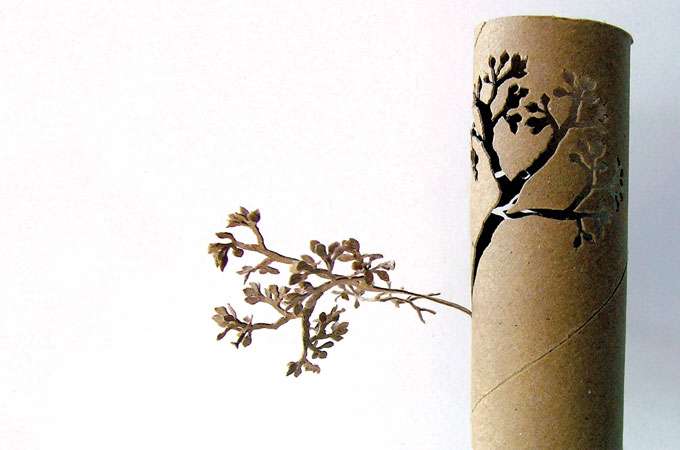 Sitting in a sturdy wooden chair as you read this? How do you know the raw material didn’t come from a criminal gang that had razed a protected forest? And how about the pages of this magazine—was some of the pulp wrung from an endangered tree?

For decades, it was hard for conservationists fighting illegal logging to easily answer such questions. Paper certificates and labeling schemes designed to ensure that only legal logs entered the global market were susceptible to fraud and forgery, for instance, and governments had few ways to prove that a fence post or coffee table wasn’t what it seemed. But an emerging toolbox of forensic techniques—from DNA “fingerprints” to paper-strand “mug shots”—is promising to make it much easier to spot illegally traded wood products and put lawbreaking loggers out of business. “Certification documents can be falsified, but DNA cannot,” says conservation biologist Andrew Lowe of the University of Adelaide in Australia.

Lowe is one of many scientists who have been fine-tuning methods for tracking wood products from stump to store. In general, those methods come in two flavors: genetic techniques that rely on gene sequencing to reveal unique patterns in tree DNA, and “morphological” techniques that use powerful microscopes or chemical tests to reveal what kind of tree produced a paper fiber or a strip of veneer.

DNA testing has long played a central role in human criminal trials and the pursuit of wildlife traffickers. But its use “for forest conservation . . . is still in its infancy,” notes a recent report from DoubleHelix, a Singapore-based company. (1) Plummeting costs and improved technology, however, now mean “that large-scale screening of wood DNA can be done cheaply, routinely, quickly and with a statistical certainty that can be used in a court of law,” says Lowe, who serves as DoubleHelix’s chief scientist.

Late last year, for example, a team led by Lowe published a study in Silvae Genetica showing that they were able to use 14 genetic markers to track logs of merbau, a valuable Indonesian timber species known to scientists as Intsia palembanic, from the forest to a sawmill. (2) Such DNA fingerprints are “now suitable for broad-scale industry application to track legally harvested timber and check for illegal substitutions,” the authors concluded.

Similarly, in Malaysia, a different research team showed that they could use strings of DNA known as “short tandem repeats” to profile different populations of another valuable tree known as “chengal” (Neobalanocarpus heimii). With some refinement, the method “should be able to provide legal evidence for court proceedings against illegal loggers,” the authors concluded in Forest Ecology and Management. (3)

Non-DNA approaches can also play a role. A technique known as fiber testing, for example, uses the microscopic shape and anatomy of wood fibers—and how they react to certain chemicals—to reveal whether they come from endangered species. In the U.S., the technique is getting attention due to recent changes to the Lacey Act, a century-old wildlife protection law. The new rules require importers to declare which tree species were used to make their products, and the rules also prohibit importation of illegally harvested material.

“Paper is not risk-free when it comes to the Lacey Act,” notes the World Resources Institute (WRI), a Washington, D.C., think tank that last year helped fiber-test 32 imported paper products. Three of those products—including paper from children’s and coffee-table books—appeared to contain pulp from endangered ramin (Gonstylus) and mangrove trees. To help importers detect such problems—and avoid potential Lacey Act prosecutions—WRI has joined with conservation and timber trade groups to create the Forest Legality Alliance, which is working to improve “chain of custody” practices.

The new technologies could be a big help to auditors who must certify that wood is coming from legal, sustainable sources, says Gary Dodge, director of science and certification at the Forest Stewardship Council–U.S. That’s the group that certifies the paper used to print Conservation. Although FSC isn’t currently using fiber-testing or DNA technologies, Dodge says the “mix” label found on page two of this issue means FSC has made sure the paper mill is getting its wood from a mix of FSC–certified and “controlled” sources that aren’t breaking the law or threatening human rights and critical habitats.