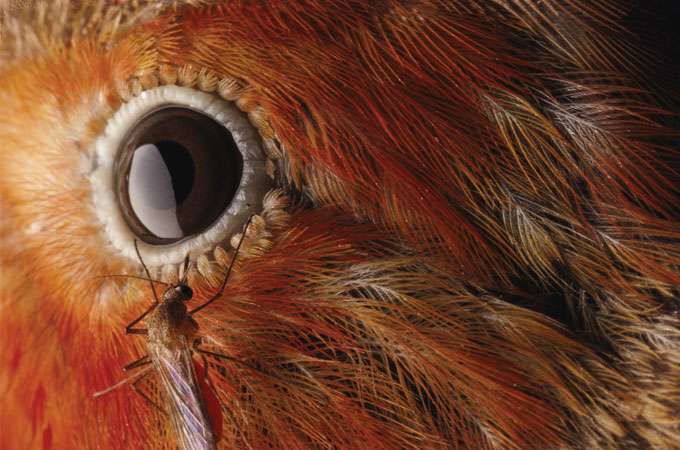 Health experts have long warned that a warming climate could enable some dangerous parasitic diseases such as malaria to expand. Evidence, however, has been hard to come by. But a new survey of malaria in birds is giving the argument a bit of a lift.

Malaria is caused by parasites in the genus Plasmodium. The parasites spend a part of their lives in mosquitoes, which then transfer them to an array of hosts, including humans and birds. Researchers have long mapped the occurrence of avian malaria as part of efforts to study its human counterpart, Laszlo Garamszegi of the Doñana Biological Station in Seville, Spain, notes in Global Change Biology. And he realized those records might also offer some insight into the link between malaria and past climate changes.

Garamszegi started by tracking down 43 studies that reported the results of malaria blood tests from nearly 177,000 birds from 3,335 species over the past 70 years. Then he compiled climate records for the regions covered by the bird studies. After running some statistical comparisons, he found that the numbers “unanimously suggest” that avian malaria “is increasing parallel to climate changes, and these changes are becoming more and more pronounced in recent years.” In particular, a one–degree Celsius increase in global temperatures “was accompanied by a two- to three-fold increase in the average prevalence of malaria in birds.” The strongest links, he found, were in Africa and Europe.

At least three mechanisms could explain the trend. One is that malaria parasites can be transported to new areas by hosts or become more abundant on the current margins of its range. Another is that warmer weather may extend the mosquito-breeding season, increasing the risk of transmission. Finally, a warmer climate may make it easier for the parasite to reproduce. Whatever the causes, he concludes that “the avian example may provide useful lessons for understanding the effect of climate change on malaria in humans.”