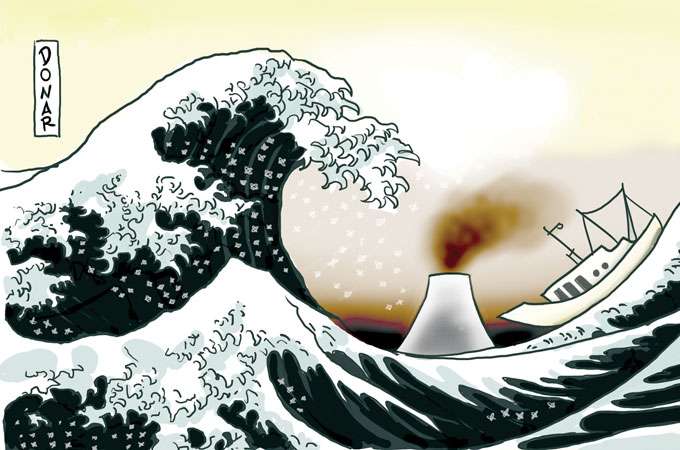 “Nuclear power is not and will not be a suitable mitigation measure,” argue Natalie Kopytko of the University of York in the U.K. and John Perkins of The Evergreen State College in Olympia, Washington. One key reason, they say, is water. “Nuclear reactors require enormous amounts of water to cool or condense the coolant which transfers heat from the core to the turbines and cools the reactor core,” they write. “This is why nuclear power plants are located near substantial amounts of water: the ocean, large lakes, and big rivers. If climate change affects the temperature, quality, or quantity of water, then existing nuclear power plants may be adversely affected.”

Rising sea levels, for example, could hamper the operation of atomic plants in coastal areas, particularly if more severe storms flood or erode reactor sites. In the U.S., the researchers examined 15 reactors sited within 3.2 kilometers of the Atlantic or Pacific. Many “are not prepared for the issues that will arise due to climate change,” they concluded.

Hotter summers could also force inland reactors to shut down or alter operations in ways that raise costs or threaten surrounding ecosystems, they note. When heat waves hit Europe in 2003 and 2006, for example, governments gave nuclear plants special “thermal pollution” permits to release warmed-up cooling waters into already heat-stressed rivers. And some European reactors were unprepared for flooding in 1999 and 2003, they note, suggesting they could struggle if such floods become more common in a warmer world.

Although engineers probably could build new plants that address these problems and use less water, that “will likely be too expensive at many locations,” the authors conclude. So they argue that, at least in the short term, new nukes aren’t really a way out of the climate dilemma.