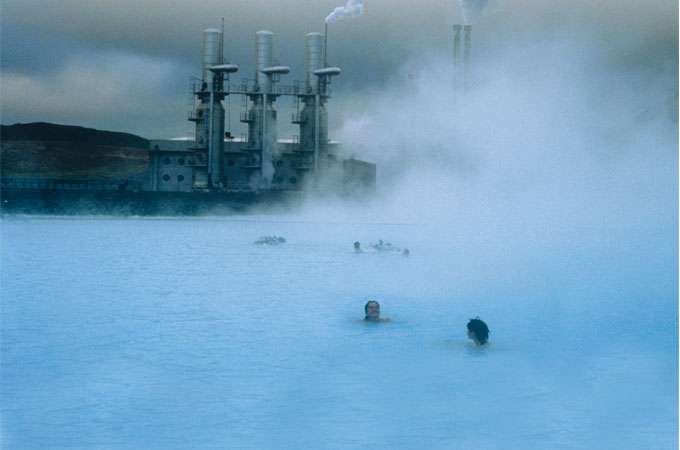 Between a Rock and a Warm Place

Jack Kerouac famously parlayed a road trip into the Great American Novel. Now two University of Minnesota scientists have turned their own time on the road into something equally nifty: a way to generate electricity with a negative carbon footprint.

Martin Saar, assistant professor in the Department of Earth Sciences, and graduate student Jimmy Randolph were driving to a northern Minnesota field site when they hit on the idea of using stored carbon dioxide, rather than the traditional water, as a carrier of geothermal heat. “It just clicked that these two topics might work very well together,” Randolph recalls.

Once it’s underground, the gas naturally picks up heat from the surrounding rock. “So you’ve got this big plume of CO2, and it’s just sitting there, not doing anything,” Randolph says. “It’s been expensive to get down there, so we should make use of it.”

The researchers propose tapping into that reservoir of carbon dioxide, bringing some of the heated gas to the surface, and running it through turbines to generate electricity—using the same principles as traditional geothermal energy production. The carbon dioxide is then pumped back underground.

Randolph adds that the process relies on existing technology. “We can pull everything off the shelf and just put it together in a new way.”

In a paper published in Geophysical Research Letters, Randolph and Saar used computer modeling to show that CPG is about three times more effi-cient at heat extraction than conventional water-based geothermal energy. (1) The bottom line: the approach could greatly expand the number of geothermal sites that would be economically and technically feasible to develop. Randolph estimates that CPG has the potential to generate at least 100,000 megawatts in the U.S. alone.

“Our goal right now is to have a pilot-scale power plant operating in about six years,” Randolph says.