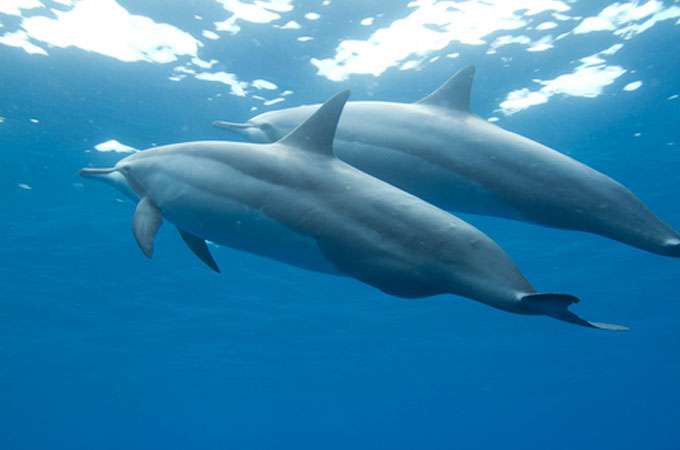 Consider this. You and I may not know each other, but we probably know some of the same people. At least we know someone who knows someone who knows someone we have in common. “It’s a small world,” we say when a new acquaintance turns out to be linked to us through a chain of other people. It happens surprisingly often. Everyone, so the saying goes, is separated from one another by no more than six degrees of separation—by six friends or friends of friends. The six degrees of separation hypothesis originated in 1929 in a short story called “Chains” by the Hungarian writer Karinthy Frigyes. A range of social psychologists, mathematicians, and Internet gurus have been applying and confirming its validity ever since. The idea is famous for inspiring the play Six Degrees of Separation by John Guare and the subsequent 1993 movie starring Will Smith. You can even test the theory yourself by logging on to the website of the computer science department at the University of Virginia and linking the relationships between any film star in the world and the actor Kevin Bacon, via the Oracle of Bacon website.

Now it turns out that dolphins are even more closely connected to one another than we are. David Lusseau, an ecologist at the University of Aberdeen, has spent more than a decade studying the social networks of dolphins to find out who knows whom and how often they meet. In the 130-strong community of bottlenose dolphins living off the east coast of Scotland, he discovered it takes an average of just 3.9 steps to link any two dolphins by the shortest possible route through mutual friends. Lusseau previously found a small world in a New Zealand population of bottlenose dolphins with 3.4 steps between animals. Such tight social networks might facilitate the rapid spread of news, such as the location of a food source. “Adult females serve as hubs of information. They have a large number of associates,” explains Alejandro Acevedo-Gutiérrez, an ecologist at Western Washington University. He believes dolphin communities could be very vulnerable to the loss of a few key individuals. The impact of 6 million dolphin deaths imposed by the tuna fishery on the cultural stability of dolphin populations in the Eastern Tropical Pacific is impossible to fathom.

Trauma affects societies directly through an individual’s experience and indirectly through the collapse of traditional social structures. The effects of violence persist long after the event. Studies of human genocide survivors indicate that trauma early in life has lasting effects on the brain and behavior. A December 2005 article in the Washington Post reports a drastic increase in post-traumatic stress disorder (PTSD) claims in the past five years. “Experts say the sharp increase does not begin to factor in the potential impact of the wars in Iraq and Afghanistan, because the increase is largely the result of Vietnam War vets seeking treatment decades after their combat experiences.”

Gay Bradshaw, a psychologist with the environmental sciences program at Oregon State University, studies human-caused breakdown of elephant communities in Africa and Asia. In 2005 she and a team of prominent wildlife researchers made international news with their announcement that elephants, too, suffer from PTSD. “Elephant society in Africa has been decimated by mass deaths and social breakdown from poaching, culls, and habitat loss,” they write. From an estimated ten million elephants in the early 1900s, there are only half a million left today. Wild elephants are displaying symptoms associated with human PTSD: abnormal startle response, depression, unpredictable asocial behavior, and hyperaggression.”

According to Bradshaw, elephants are renowned for their close relationships. Young elephants are reared in a matriarchal society, deeply embedded in complex layers of extended family. Culls and illegal poaching have fragmented these patterns of social attachment by eliminating the matriarchs and older female caregivers (what scientists call allomothers). Calves witnessing culls and those raised by young, inexperienced mothers are high-risk candidates for later stress disorders, including an inability to regulate stress-reactive aggressive states. Even the fetuses of young pregnant female elephants can be affected by prenatal stress during culls.

If our understanding of dolphin societies truly does lag a century behind our knowledge of land animals, as Bruce Mate claims, it will be too many years before the full impact of the yellowfin tuna fishery on dolphins is understood. For now the meaning of “dolphin-safe” continues to be debated in the courts, and no standardized system for labeling tuna exists.

These are the thoughts that haunt me as I gaze at the “classic tuna” option on the Subway Sandwich menu. “Dolphin-safe tuna and creamy mayonnaise are lovingly blended together to make one of the world’s favorite comfort foods,” the sign reads. Trouble is, I no longer feel comfortable. ❧

–Elin Kelsey is the author of Saving Sea Otters, Finding Out about Whales, Strange New Species, and other books. She consults for environmental organizations including the Monterey Bay Aquarium and the International Union for the Conservation of Nature (IUCN). She is a faculty member in the School of Environment and Sustainability at Royal Roads University in Canada.