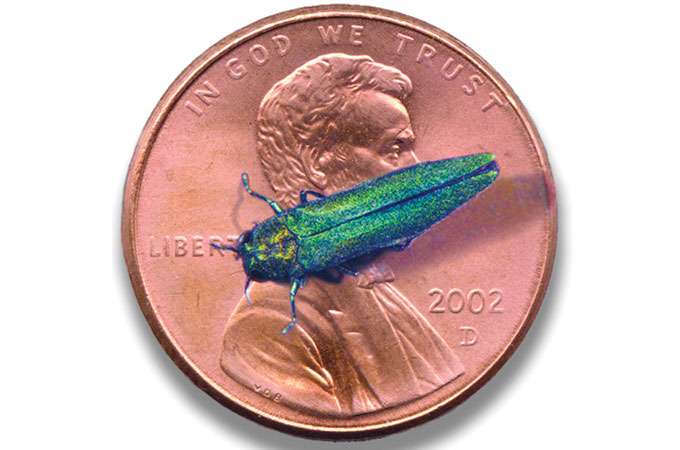 Invasive, wood-boring insects are costing Americans more than $2.5 billion each year—and there is a one-in-three chance that a new wood-chomping invader could add to the toll over the next decade, according to a new analysis in PLoS ONE.

The research team, composed of scientists from U.S. and Canadian universities and from the U.S. Forest Service, looked at 62 species of invasive insects that cause appreciable damage to trees in the U.S. Some are wood-boring insects; others feed on foliage or sap. In particular, the researchers analyzed the costs associated with three “high-impact” pests: the emerald ash borer, the sap-feeding hemlock woolly adelgid, and the foliage-eating gypsy moth.

Overall, they found that wood-borers “generally exacted the highest total costs.” Local governments spend $1.7 billion a year to combat the insects, which also cause about $830 million in lost residential-property values. The team calculated a 32-percent risk that a new borer would invade in the next 10 years, causing even more damage.

The pests are byproducts of global trade, says the study’s lead author, Juliann E. Aukema of the National Center for Ecological Analysis and Synthesis at the University of California, Santa Barbara. “The regulations we currently have aren’t keeping the pests out,” she says, adding that “international trade has tremendous benefits. But it also has costs.” ❧