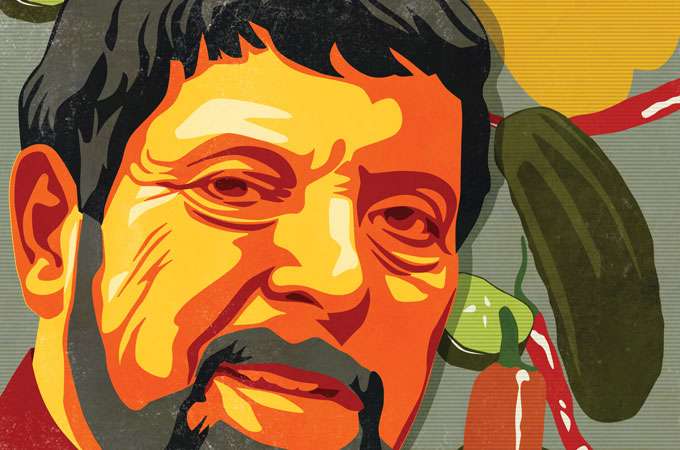 Gary Paul Nabhan of the University of Arizona in Tucson spent much of his career highlighting the need to preserve heirloom crops and culturally important native plants. Now he’s taken on the threat that modern food processing and cultural homogenization pose to the biodiversity of peperoni, pickles—and beer. In other words, Nabhan is calling on the conservation world to protect the microbial menagerie that brings us flavor.

Let’s define our terms: what are food microbes?
They’re the reason all beers do not taste like Budweiser and the reason that the yogurt I grew up eating in Lebanon was distinctively sour and viscous and easy on the stomach. More precisely, food microbes are microscopic life forms that give special tastes and textures to the foods and drinks they’re used to ferment.

Some tasty examples, please.
Soy sauce, tofu, pickles, fish sauce, crème fraîche, sauerkraut, peperoni, chorizo, sake, and wine. I could go on for quite some time, since there are tens of thousands of these foods and drinks around the world.

And where did the cultures used to make these products come from?
People have been finding and domesticating food microbes since before we knew what microbes were. In China, there is evidence that people drank fermented drinks at least 8,000 years ago. In Egypt, we’ve discovered the remains of leavened bread dating back at least 4,000 years. Fermentation quickly spread around the world in an intensely local way. cultures used for some breads were kept secret from outsiders; cultures used to help make wine varied from valley to valley.

What went wrong?
Many things, starting roughly 50 years ago. Mass production pushed a lot of locally fermented foods off the market, as did the rapid spread of the idea that foods were safe only when sterilized. The indiscriminate use of microbial soaps may have helped wipe out local cultures, as has the indiscriminate use of antibiotics.

I would guess that nobody paid attention to the disappearance of these cultures.
Back then, there weren’t any scientists who studied microbial ethnobiology—and there were plenty who looked for ways to fight the “bad” microbes that helped spread human diseases. There’s much more awareness now of the potential threat to local food microbes and the tastes they help produce. But we’ve still got a long way to go: As far as I know, there’s still only one country that is actively attempting to conserve and catalog important food-based microbes. That is Ethiopia, where the National Institute of Biodiversity Conservation maintains roughly 400 microbial cultures collected from local kitchens.

So who comes to the rescue here?
Several groups could help a lot, beginning with the scientists who finally have the tools needed to count and study more “good” microbes. That field of science is exploding now, which is a good thing.

Is there a role for so-called “citizen scientists” . . . “kitchen scientists”?
It’s essential. They can start maintaining and reviving local food microbes, just as many now husband their heirloom seeds. If that kind of movement spreads, it’s sure to turn a lot of heads.

And what about the companies that collect and sell live “probiotics” for your guts . . . the brewers who fly all over, looking for cultures that will make their beer taste better. Can they help?
A lot, unless they try to patent their discoveries. Then we’ll have a whole new set of problems.