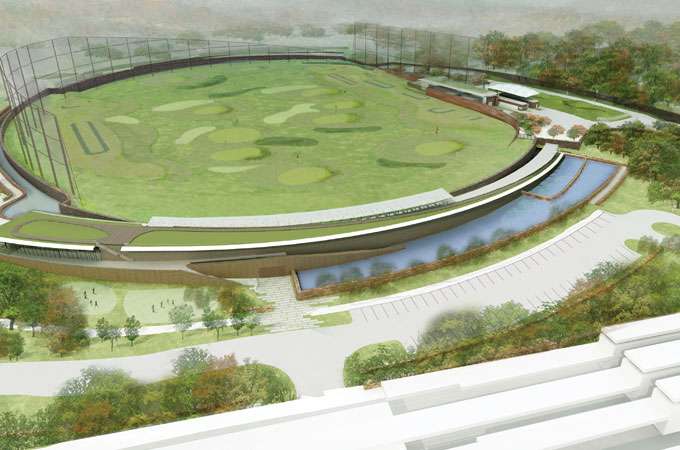 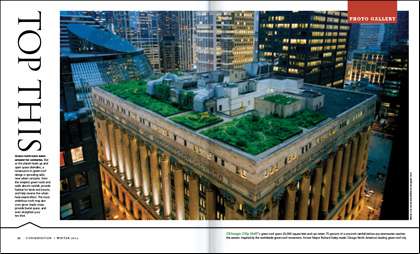 Green roofs have been around for centuries. But as the planet heats up and open space dwindles, a renaissance in green-roof design is sprouting wild, new urban canopies. Even the simplest green roofs and walls absorb rainfall, provide habitat for birds and insects, and help reverse the urban heat-island effect. The most ambitious roofs may also soon grow staple crops, provide burial space, and even straighten your tee shot. 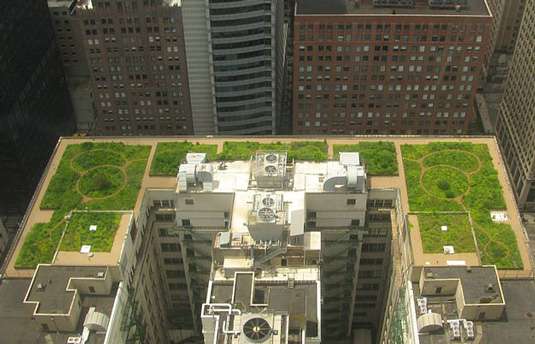 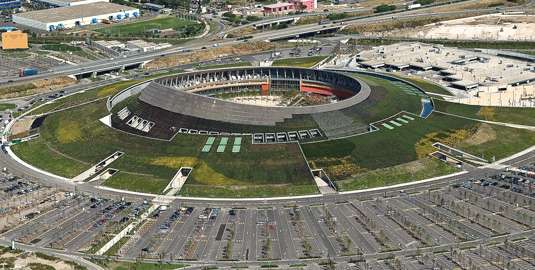 Vulcano Buono. Just outside Naples, Italy, a hotel, theaters, shops, and restaurants are housed beneath a broad, grassy mantle. An allusion to nearby Mount Vesuvius, the roof insulates the interior and absorbs CO2. Photo by Moreno Maggio/©Renzo Piano Building Workshop 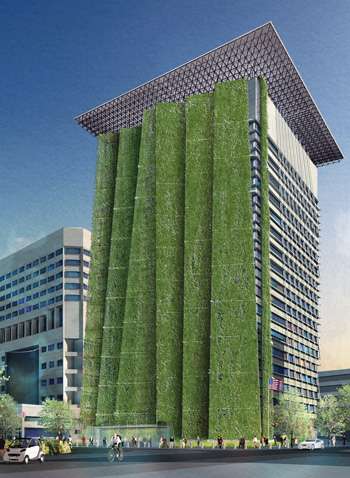 Deciduous Façade. Architects have designed a 250-foot-long green wall to retrofit a federal building in Portland, Oregon. The plants would shade the building in spring and summer and then drop their leaves in fall, allowing sunlight to penetrate in the colder months. ©Baumberger Studio

Green Line. Bus Roots is the brainchild of Marco Castro Cosio, a student at New York University. He figures that if New York City planted gardens on top of its fleet of 4,500 buses, it would create 35 acres of rolling green space—equivalent to four Bryant Parks or 11 Trafalgar Squares. Mock bus garden ©Bus Roots

Golf on a Water-Filtration Plant. New York City’s Croton Water Filtration Plant, now under construction, will be topped by a living roof that doubles as a driving range. Measuring over nine acres, the roof will direct water naturally to ponds to be filtered. The facility is designed to treat 290 million gallons of water per day—up to 30 percent of the city’s water supply. 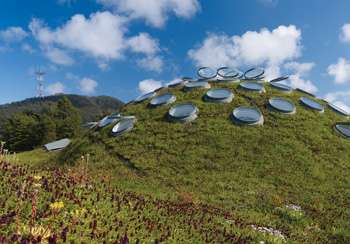 The Hills Are Alive. Millions of plants grow on the 2.5-acre living roof atop the California Academy of Sciences in San Francisco. The roof absorbs 98 percent of all storm water that falls on it and keeps interior temperatures about 10 degrees cooler than a standard roof would. The skylights allow ventilation and natural light to reach the coral reef and rain forest below. Citizen scientists identified 39 arthropod families and 38 bird species on the roof between June 2009 and February 2011. Photos: ©Jon McNeal (top), ©Tim Griffith/California Academy of Sciences (bottom) 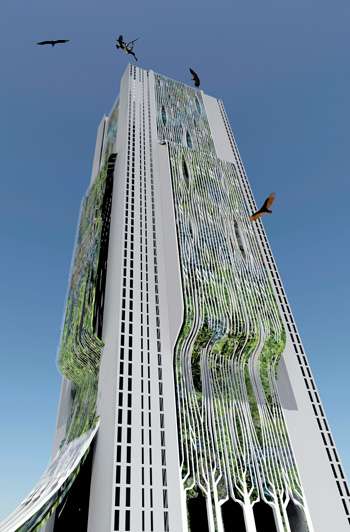 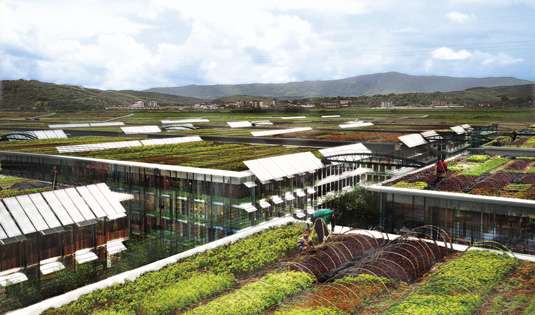