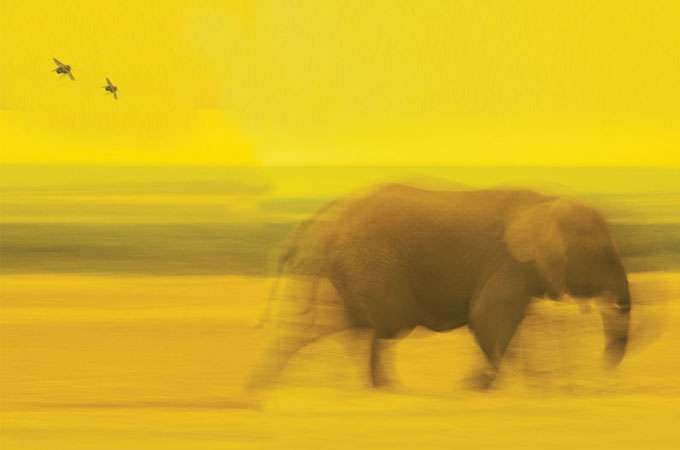 An elephant never forgets: the old saying has some basis in scientific fact, at least when it comes to remembering an encounter with the business end of an angry honeybee. And that may be good news for farmers, say Lucy King and her colleagues at Save the Elephants in Nairobi, Kenya, who have devised a fence made of beehives to protect fields from crop-raiding pachyderms. Earlier this year, the team reported in the African Journal of Ecology that beehive fences are more effective than thorn-bush barriers, another type of elephant deterrent that has been tried in the area. (1)

In previous experiments, King observed that elephants moved away from sound recordings of bees and also avoided empty hives. But she didn’t think such tactics would keep elephants away in the long run. “They’re such intelligent animals, they would very quickly cotton on that there were no actual bees,” she says.

So King suspended a line of beehives from poles and linked them together with wire. If an elephant pushes on the wire to try to get through the fence, the beehives swing and jostle around—“which really annoys the bees,” King says. It’s the sort of thing that most animals would attempt only once.

In the new study, conducted for more than two years in a pair of small farming villages near elephant reserves in northern Kenya, King and her colleagues documented 32 successful farm invasions by elephants—only one of which occurred through a beehive fence.

Even sweeter: Farmers can harvest honey from their hives two or three times a year, so they get protection and a cash crop all in one. King estimates that honey production could pay for the cost of a beehive fence within about two years, which is fairly typical for microfinance projects.

King has just completed a how-to manual for beehive fences and hopes to expand the project to other communities in Kenya. Eventually, she’d like to investigate two other questions: Is there a saturation point for how many beehive fences a given area can support, and can pollination by bees increase  crop yields? ❧