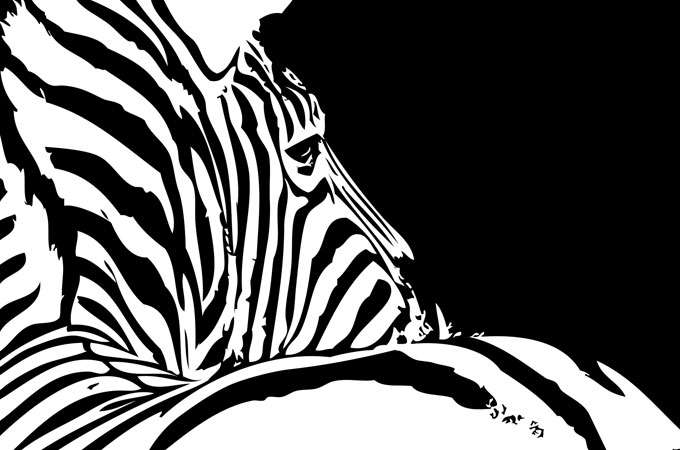 When it comes to raising cattle, ranchers don’t like competition. In Africa, that has often meant eradicating or fencing out wild animals, such as zebras, that might eat the sweet grass their cattle need to get fat. New research, however, suggests that grazing by wild animals doesn’t necessarily harm—and sometimes can even benefit—cattle.

“There is little scientific information to support” the idea that cattle and livestock compete for food, says Wilfred Odadi of the Mpala Research Centre in Kenya and lead author of the study published in Science. So to see how cattle were affected by wild grazers (which typically eat grass) and browsers (which typically eat leaves), the researchers enclosed ten-acre plots of Kenyan rangeland with fences to exclude wild animals (principally zebras). Then they weighed the cattle grazing inside and outside the fences to measure how much weight they put on at different times of the year.

During the dry season, the researchers found, cattle that grazed with wild animals had reduced weight gain—the bottom line for ranchers. But in the wet season, cattle actually put on more weight when they grazed alongside wildlife.

What explains the difference? It appears that during the wet season, grass grows long and can become rank, inaccessible, and poor in nutritional value. Zebras, however, don’t mind noshing on long grass—thus clearing the way for cattle to feed on the fresher shoots. It’s not yet clear, however, whether there is a net benefit over an entire year or a series of years.

Still, the results suggest that coexistence can be beneficial for biodiversity—and for ranchers, too. The study provides “further evidence that biodiversity conservation and economic development can be simultaneously achieved in human-occupied savanna landscapes.” ❧