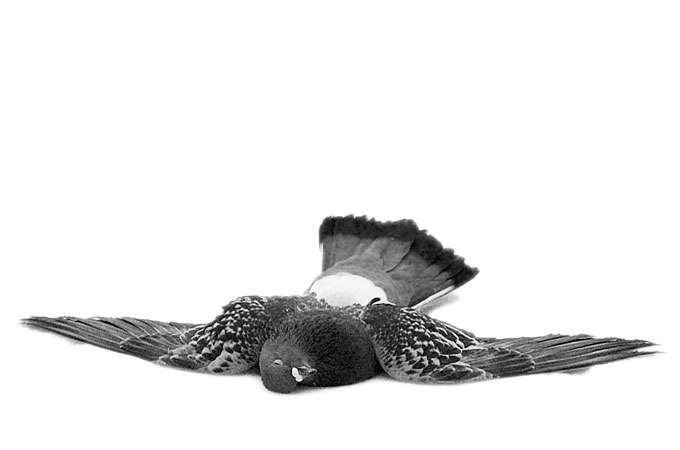 Mass bird kills at television towers and skyscrapers have received extensive attention over the past few decades. But the kills are having little “discernible” impact on North American bird numbers, concludes a comprehensive tally.

Past studies have estimated that from 1 million to 50 million birds are killed annually at communication towers in North America and that window strikes kill from 3.5 million to 5 billion, Todd W. Arnold and Robert M. Zink of the University of Minnesota in St. Paul note in PLoS ONE. Even middling estimates have suggested that collisions annually kill about “21 percent of the estimated breeding population of 4.9 billion North American landbirds.”

To get a better grip on the numbers, Arnold and Zink analyzed records of 180,832 bird deaths at 39 towers and 62,271 mortalities from building collisions. Then they sifted the data to identify “super colliders” (the species most likely to be involved in collisions) and “super avoiders” (less-vulnerable species). The top-five super colliders were 25 to 57 times more likely to collide with a building than would be expected by chance; the bottom-five super avoiders were 105 to 208 times less likely to collide. “Black-throated blue warblers were super colliders at both buildings and towers,” they noted, “whereas cliff swallows and horned larks were super avoiders.”

“Surprisingly,” however, the kills have had “no discernible effect on long-term population dynamics among North American landbirds,” they conclude. There was no correlation between tower fatalities and population declines for 177 species, for example, and the species most likely to collide with buildings were actually likely to have growing populations. “At worst, collision mortality could be described as an added burden for populations already in decline for other reasons.”

One reason for the lack of apparent damage is that “many birds are abundant and have high reproductive potentials,” the authors write. For example, there are an estimated 24 million ovenbirds in North America, and the deadliest known TV tower has killed an average of 420 ovenbirds per year over the past four decades. For towers to kill ten percent of the annual population, they note, “ovenbirds would need to encounter over 5,500 sites like this tower.”

Such results haven’t thrilled groups fighting new towers and skyscrapers, who fear industry groups will use the numbers to downplay the threat. But David Bird, a wildlife biologist at McGill University in Canada, took to the pages of the Montreal Gazette to urge bird lovers not to “shoot the messenger!” The authors, Bird notes, emphasize that the results should not prevent people from taking steps to prevent bird strikes—such as putting flashing lights on towers or turning out building lights during peak migration periods. But the authors also suggest that such steps by themselves “will not halt population declines among North American migratory birds.” ❧