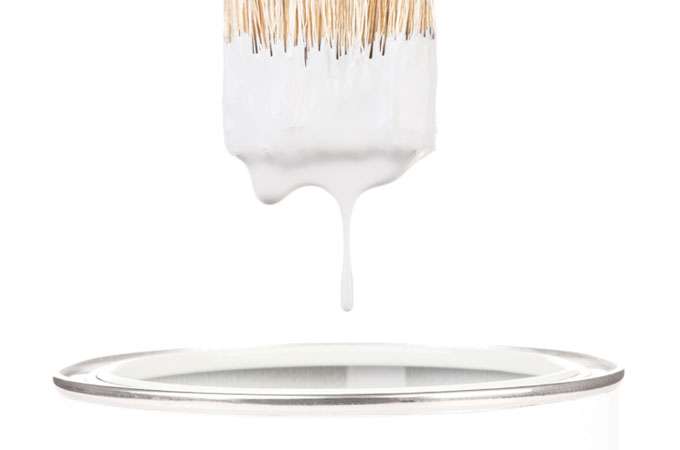 Seemed like a cool idea: paint the world’s roofs white to reflect more sunlight, and it could help cool down both cities and the planet. A new study, however, finds it’s a lot more complicated—even as the research dispels climate-change deniers’ claims that urban “heat islands” are a major cause of apparent temperature increases.

The land covered by urban areas more than doubled between 1992 and 2005—to about 0.128 percent of Earth’s surface, Mark Z. Jacobson and John E. Ten Hoeve of Stanford University report in the Journal of Climate. Roofs and roads cover about half of that land and help heat up urban areas by preventing evaporation of water and by absorbing sunlight. Exactly how these urban heat islands affect global temperatures, however, has been unclear. But Jacobsen says some skeptics of climate science have argued that heat islands—and not the buildup of warming gases in the atmosphere—may be responsible for observed temperature increases, since some monitoring stations are near urban areas.

In a bid to get a better handle on the issue, Jacobsen and Ten Hoeve developed a model that meshed data on land use, vegetation, albedo (the reflective capacity of different land uses), and soil type. Then they ran two 20-year-long simulations to see how much heat islands contributed to “gross global warming” (warming before cooling factors) and what impact a lot of white paint might have.

Overall, “the urban heat island (UHI) effect may contribute to 2–4 percent of gross global warming,” they found, “although the uncertainty range is likely larger than the model range presented, and more verification is needed.” In contrast, greenhouse gases are responsible for about 79 percent of warming, Jacobsen told the Stanford News Service, and dark particulates about 18 percent. 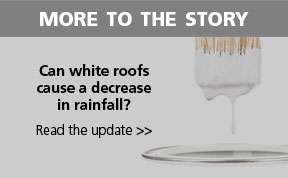 Jacobson says his high-resolution study—which divided the world into one-kilometer squares—was the first to calculate the impact of urban heat islands on global sea-surface temperatures, sea ice, atmospheric stability, aerosol concentrations, gas concentrations, clouds, and precipitation. “This study accounted not only for local impacts of the heat island effect, but also feedbacks of the effect to the global scale,” he says.

“A worldwide conversion to white roofs,” they found, could actually warm the earth slightly due to a complex domino effect. Although white surfaces are cooler, the increased sunlight they reflect back into the atmosphere can increase absorption of light by dark pollutants such as black carbon, which increases heating. The study, however, did not account for how white roofs might reduce electricity use for cooling, which could help lower temperatures by reducing emissions from power plants.

“Cooling your house with white roofs at the expense of warming the planet is not a very desirable trade-off,” Jacobson says. “There are more effective methods of reducing global warming.” ❧