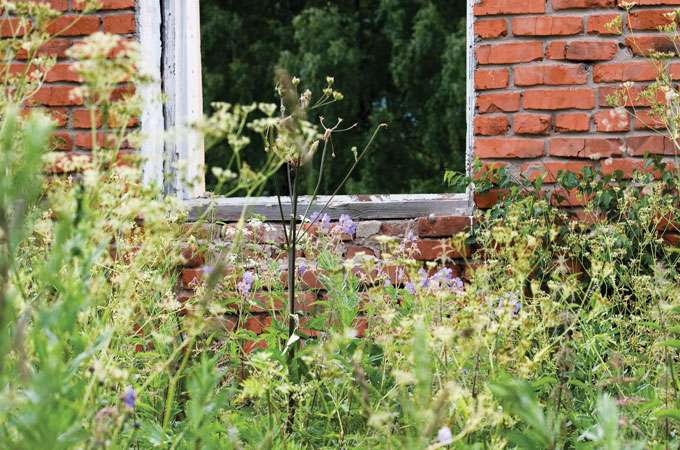 That vacant house may be helping soak up carbon emissions

Eyesores. Fire traps. Rat manors. Abandoned homes aren’t popular with the neighbors. But their weedy, unkempt lawns may be helping suck carbon out of the atmosphere, a new study suggests.

“Residential abandonment is on the rise in many urban areas,” Christopher M. Gough and Hunter L. Elliott of Virginia Commonwealth University in Richmond write in the Journal of Environmental Management. And when residents move out, that means less lawn-mowing and trampling—potentially modifying “vegetation structure in a way that alters soil carbon storage, an ecosystem function that many municipalities consider a management objective of growing importance.”

Gough and Elliott looked at 50 vacant and ten occupied residential lawns located in Richmond, a struggling city of about 200,000. In addition to measuring the percentage and mass of carbon in the first ten centimeters of soil, they surveyed vegetation and collected socioeconomic data on the surrounding neighborhoods.

Not surprisingly, they found that abandoned lawns had less grass and more tall and shrubby plants (in fact, one way they identified vacant houses was by looking for lawn-code violations issued by city officials). Carbon measures didn’t differ significantly between the occupied and abandoned lawns—but there were subtle signs that neglect was helping the abandoned lawns store more carbon over time. “Significant, but highly uncertain, increases in soil carbon mass occurred in the first decade following vacancy,” they write, noting that similar trends have been seen in abandoned farmland.

The researchers also found that the amount of carbon in lawn soil tends to increase as a home ages—with lawns annually accumulating about 20 grams of carbon per square meter. And it turns out that money matters: wealthier neighborhoods tend to have more carbon in the (soil) bank. Affluence “is a significant predictor of soil carbon percent and mass, with lawns positioned in wealthier neighborhoods (i.e., census tracts) storing more carbon in soils,” they note. That may be because richer households manage their lawns in ways that promote carbon storage, such as by watering plants or using more fertilizers.

Such studies will be “increasingly relevant as the residential footprint of shrinking cities contracts,” Gough and Elliott conclude. And they could help urban leaders chart new paths, especially as “many municipalities contemplate the economic and social merits of reverting residential property back to its native land-use.”❧