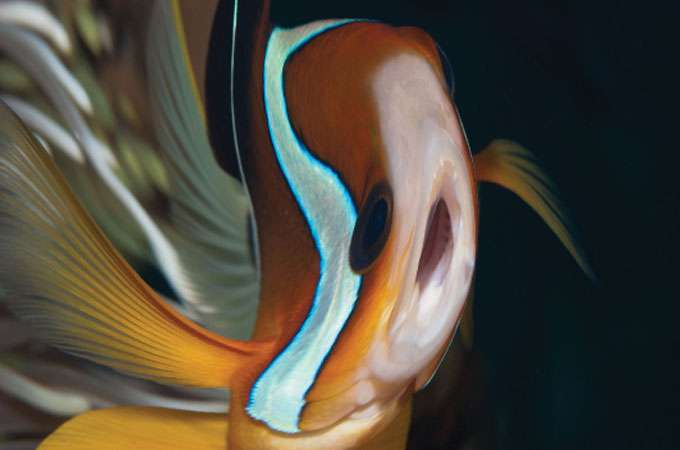 Carbon dioxide can do more than tickle your tongue—it can damage your brain, if you are a fish. Rising ocean concentrations of CO2 could interfere with a fish’s ability to hear, smell, turn, and evade predators, experiments have revealed.

“For several years, our team has been testing the performance of baby coral fishes in sea water containing higher levels of dissolved CO2—and it is now pretty clear that they sustain significant disruption to their central nervous system, which is likely to impair their chances of survival,” says Philip Munday of Australia’s James Cook University, an author of the Nature Climate Change study. In particular, the researchers found that a high CO2 level disrupted a key brain receptor, called GABA-A, in young clown and damsel fishes. Among other things, that scrambled their sense of hearing, meaning “they were confused and no longer avoided reef sounds during the day,” Munday says. “Being attracted to reefs during daylight would make them easy meat for predators.”

With the ocean absorbing an estimated 2.3 billion tons of human-created CO2 every year, future levels could become high enough to affect a wide range of crustaceans and fishes, the team concludes, especially those which use a lot of oxygen. ❧