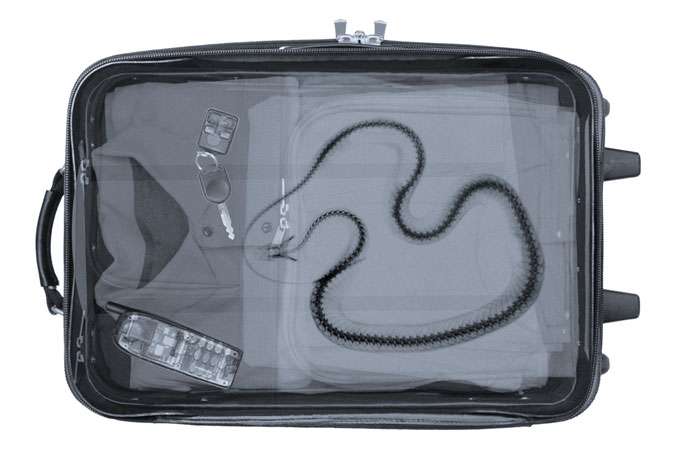 A new study of illegal bushmeat seized at airports in the U.S. finds that the flesh harbored some potentially nasty pathogens.

“The global trade in wildlife has historically contributed to the emergence and spread of infectious diseases,” an international research team notes in PLoS ONE. But although “the United States is the world’s largest importer of wildlife and wildlife products . . . minimal pathogen surveillance has precluded assessment of the health risks posed by this practice.”

To get a better sense of the risks, the U.S. Centers for Disease Control and Prevention (CDC) launched a pilot project to survey wildlife products confiscated from travelers at several U.S. airports. The researchers identified and tested animal “parts originating from nonhuman primate and rodent species, including baboon, chimpanzee, mangabey, guenon, green monkey, cane rat and rat,” they report. And this screening “identified retroviruses (simian foamy virus) and/or herpesviruses (cytomegalovirus and lymphocryptovirus)” in the samples. The results “are the first demonstration that illegal bushmeat importation into the U.S. could act as a conduit for pathogen spread,” the researchers conclude.

“Our study underscores the importance of surveillance at ports, but we must also encourage efforts to reduce demand for products that drive the wildlife trade,” says coauthor W. Ian Lipkin of Columbia University in New York City. It appears the CDC was listening: shortly after the study appeared, it announced plans to expand bushmeat testing to 18 of 20 border quarantine stations, typically found at airports. ❧