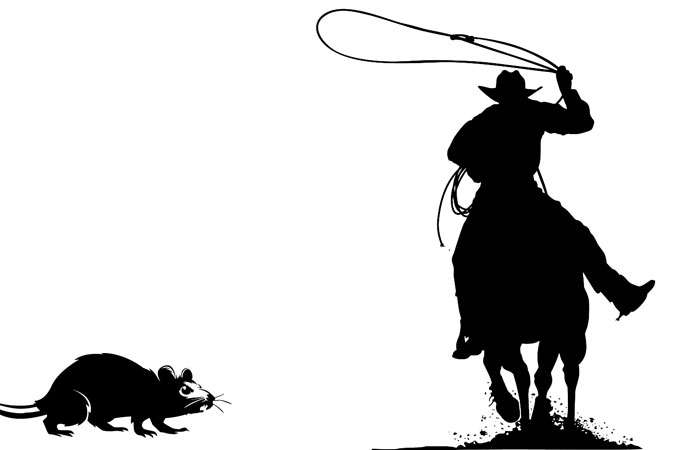 Sherlock Holmes fans know of a story hinted at—but never written—in which the detective faced off against “the giant rat of Sumatra.”

Sumatra is, indeed, home to some fairly large rats, but for giants it’s best to turn to Africa, where the rodents known as cane rats or grasscutters (species from the genus Thryonomys) can reach up to 60 centimeters in length. Some experts say these jumbo animals could one day be farmed as “mini-livestock” to help reduce the appeal of the bushmeat trade, which is having a devastating impact on wildlife and threatened species throughout Africa.

Cane rats, which reproduce quickly in the wild, are already prized for their meat. In fact, grasscutters and brush-tailed porcupines represent as much as 50 percent of the bushmeat trade, according to a 2007 study by the Zoological Society of London. But cane rats are hunted using unsustainable methods, such as setting grass fires to drive the rodents toward hunters. Farming them might offer a sustainable alternative, experts say.

But success depends upon site-specific criteria, says Tim Christophersen, Convention on Biological Diversity program officer. “As long as there’s ample wildlife near the villages, it’s unlikely to work,” he says, pointing out that it is often cheaper and easier to hunt than to raise livestock.

The bigger potential may be in cities, where there is already a large demand for bushmeat from rural areas, says Dr. Heather E. Eves, chief technical advisor for the Bushmeat-free Eastern Africa Network. The main barrier, she says, is knowledge, since the science of grasscutter husbandry is still in its infancy. Previous studies have shown that grasscutters require far less space than cattle or sheep, but it’s not yet clear what veterinary drugs would work best to prevent the spread of disease—or even which diseases or parasites might be a threat in captive populations. Additional research into grasscutter nutrition and reproduction is also required. Meanwhile, cities would need to create an infrastructure of inspections and processing standards to ensure that meat from farmed grasscutters was safe, as well as a commercial network for legal sales and distribution.

Even with these challenges, creating a steady supply of meat in cities is important, Eves says. “If you can provide a sustainable, humane, regulated, safe source of meat in the urban areas and curtail the demand for long-distance trade, it can go a long way toward reducing the bushmeat trade.” ❧