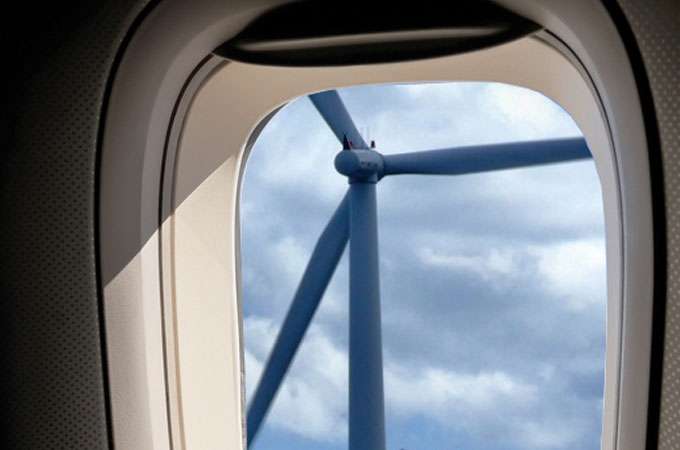 Airports could give a lift to alternative energy

Finding sites for solar, wind, and biofuel projects can be a challenge. They need big chunks of land that aren’t used to grow food or support wildlife. That’s why some experts have urged using abandoned industrial sites. Now, researchers have another idea: airports.

“There are 44,010 airports in the world and 15,079 in the U.S.,” a research team notes in Environmental Management. And the vast, wide-open landing fields are some of the few places where reducing “wildlife abundance and habitat quality are necessary and socially acceptable, due to the risk of wildlife collisions with aircraft.”

To get an idea of just how many energy projects airports might host, the team estimated the amount of grassland at about 2,900 airstrips in the contiguous 48 U.S. states. The total came to 3,306 square kilometers, an area larger than Rhode Island. And “most airports appear regionally suitable for development of at least one major renewable energy source,” they report. A few have already installed small wind and solar projects to make electricity, and the U.S. government recently published “detailed guidance for installation of solar facilities.” Some strips might even be able to grow biofuels—especially given that just “ten percent of states had median farm sizes larger than airport grasslands. This suggests that airport grasslands, in size alone, could contribute to the land base needed to supply energy plants.” But the authors warn airport farmers against planting crops that could attract wildlife, such as geese, that could end up bringing down a jetliner. ❧