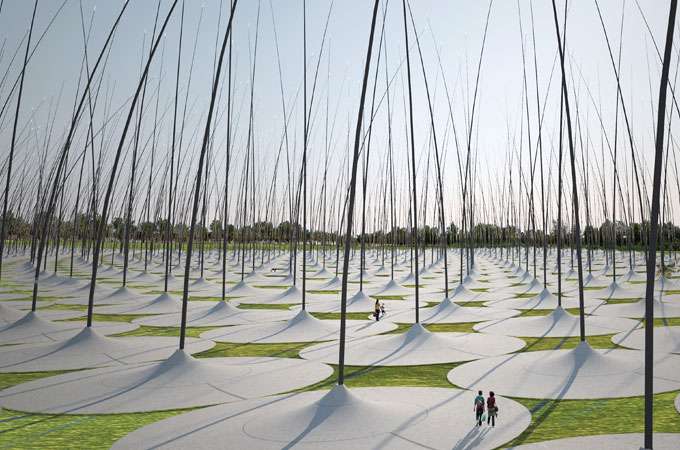 Believing that public art can play a role in large-scale renewable energy production, architect Robert Ferry and artist Elizabeth Monoian created the Land Art Generator Initiative (LAGI). In its design competitions, a key piece of the organization’s work, LAGI calls on interdisciplinary teams to use “renewable energy technologies as a medium for the art,” the founders explained in a recent TEDx talk. 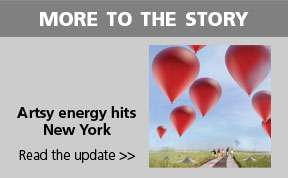 The first competition, in 2010, drew submissions from teams in more than 40 countries. The competitors were tasked with designing utility-scale, grid-connected, renewable-energy power plants for one of three specific sites—two in Abu Dhabi and one in Dubai. The clean-energy/public-art installations were also supposed to teach and inspire the public. Top entries included a group of pyramids that doubles as a solar array, and a bladeless wind-energy generator.

The second Land Art Generator competition is now open to submissions. This time, the design site is Freshkills Park (formerly the Fresh Kills landfill) on Staten Island, N.Y., and $20,000 in prize money is on the line. This summer, LAGI will hold a public event on Staten Island with workshops and panel discussions. Contest winners will be announced in October. Learn more at landartgenerator.org. ❧ 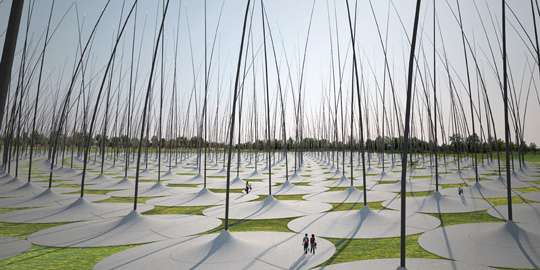 Windstalk, which took second place in the 2010 competition, consists of 1,203 carbon-fiber stalks standing 55 meters high that can harness energy from wind blowing in any direction. When the stalks sway, piezoelectric disks inside compress and generate an electric current. The installment can power an estimated 2,000 homes. 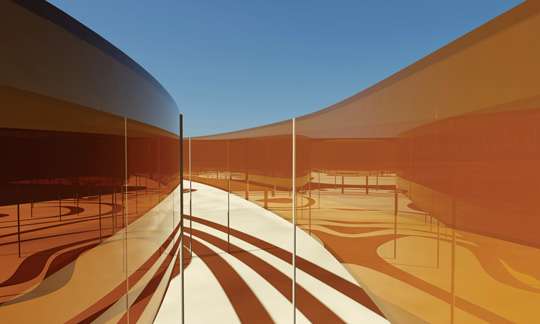 Light Sanctuary is a 40-kilometer-long ribbon of vertical solar panels. Coated with thin-film photovoltaics, the array is perched above the desert. The thin-film technology can absorb light from a wide range of angles, and the vertical panel orientation minimizes sand buildup. 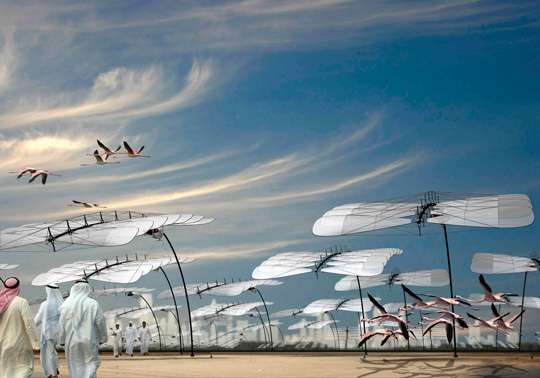 The “leaves” of the FERN (Future/Energy/Renewable/Nature) design are made of semitransparent, flexible solar cells, a technology developed by John Rogers and colleagues at the University of Illinois. The elevated solar panels stay aligned with the sun throughout the day and preserve space for people, animals, and greenery beneath.