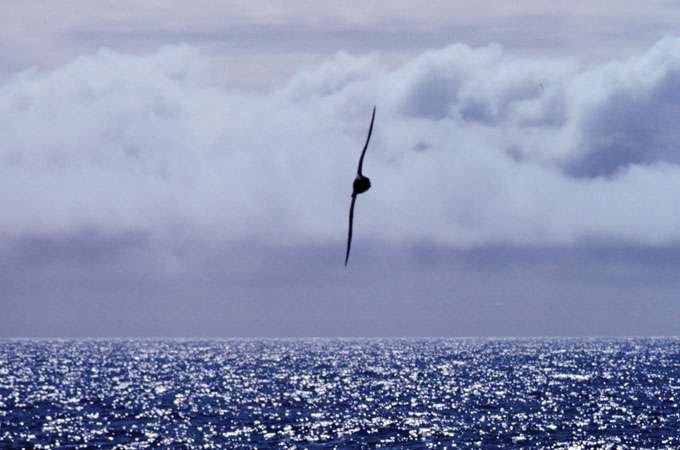 Albatross, seeds could be affected by shifting breezes

Could wandering albatrosses and British plants be gone with the wind? Two recent studies take a close look at how climate shifts are influencing wind patterns—and how those changes could in turn affect organisms that depend on a fresh breeze.

In the Southern Ocean, wandering albatrosses have so far appeared to benefit from climate-driven shifts in westerly winds, researchers report in Science. As the winds have shifted poleward, so have the birds; and as the breezes have grown more intense, their “flight speeds have increased.” The speedier flights mean the birds were able to spend less time looking for food and more time caring for eggs and chicks, suggests an analysis of 40 years of data from birds living around the Crozet Islands. As a result, the birds have put on weight and breeding success has improved. “However, these positive effects may not last,” the authors warn. Climate models suggest the winds will continue to shift poleward and to strengthen, creating gales that could make it harder for the birds to forage and then return to nesting sites.

In Britain, waning or waxing wind speeds could alter the flow of gale-borne seeds, another team reports in the Journal of Ecology. The researchers drew on 17 simulations of climate change to estimate wind speeds late in the twenty-first century. Then, they incorporated demographic data from three native and three nonnative plants. Predictions of future wind speeds varied widely, they found, from a 100-percent increase in velocities to a 90-percent slow-down. But the team spotted what looked to be signs of an overall slow-down of about 50 percent in summer wind velocities. That would likely be bad for the reproductive efforts of British plants, the team concludes.

The native lizard orchid, for instance, has a short stature—meaning it has difficulty lofting its seeds into the fastest wind currents. As a result, populations normally shift just 100 centimeters per year. But with slower gusts, that migration might squeak to a crawl, dropping to about three millimeters per year. ❧