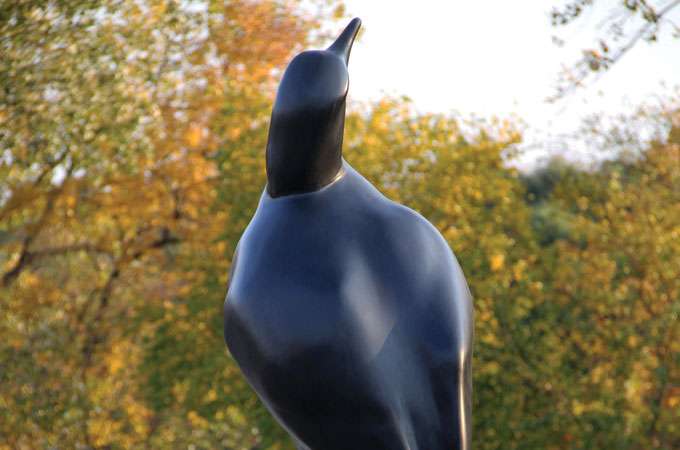 Artist Todd McGrain has immortalized five extinct North American birds in larger-than-life bronze sculptures through his Lost Bird Project. An art professor at Cornell University, McGrain created sculptures of the great auk, Carolina parakeet, Labrador duck, passenger pigeon, and heath hen that stand over six feet tall and weigh up to 700 pounds. He installed them at the location of each bird’s last known sighting. A documentary, also called The Lost Bird Project, tells the stories of the five birds and McGrain’s mission to memorialize them; a book about the project is forthcoming. Learn more at lostbirdproject.org. ❧