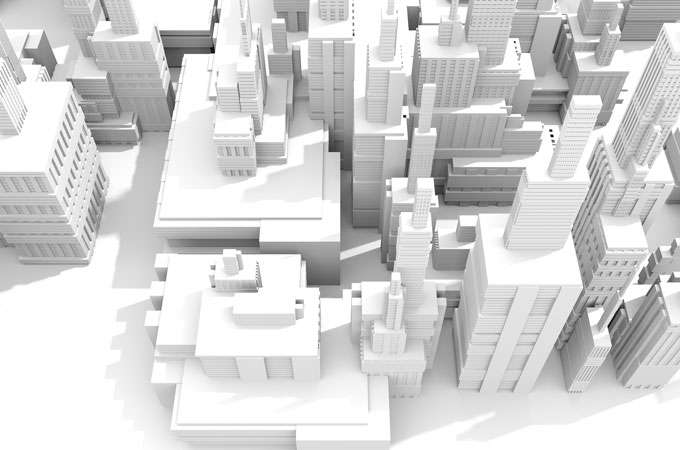 The Once & Future City

Ghost towns are a standard part of western U.S. lore. But a brand-new ghost town for the twenty-first century? That’s the strange vision for “The Center,” an Orwellian-sounding city slated to rise in the New Mexico desert in 2014.

The Center will house all you’d expect of a functioning metropolis—a dense downtown and sprawling suburbs, narrow roads and wide highways, aging apartments and modern subdivisions—even a power plant and water utility. What will be missing from the city built to hold 35,000 residents is the people themselves.

People would only get in the way in this larger-than-life playground. Pegasus Global Holdings, the company developing the $300 million project, says The Center will be the world’s biggest dedicated proving ground for inventors and innovators. Its goal is to expedite the real-world applications of “next generation” infrastructure, energy, and transportation technologies. In other words, to help bring the city of the future onto the streets of today.

“You’ll be able to test smart appliances against a dumb infrastructure and see if you can raise its IQ … You can do interactive testing without knocking out someone’s satellite TV,” says Pegasus president Bob Brumley.

The Center for Innovation, Testing, and Evaluation, its full name, is now in the study and financing stages and has received state support in New Mexico, which already hosts national laboratories, NASA, and the military.

Pegasus plans to bring in money by charging user fees to government labs, nonprofits, universities, and businesses. It also plans to sell energy and water from functioning geothermal and desalination facilities.

The possibilities for The Center, however, won’t end with a refrigerator that knows your shopping list or a thermostat that knows when you’ve arrived home.For example, companies are already working to develop unmanned cars and trucks. A highway version of an air traffic–control system could one day guide such vehicles along the Interstate, easing traffic jams.“They are certainly not going to allow you to test that on the I-95,” Brumley says. ❧