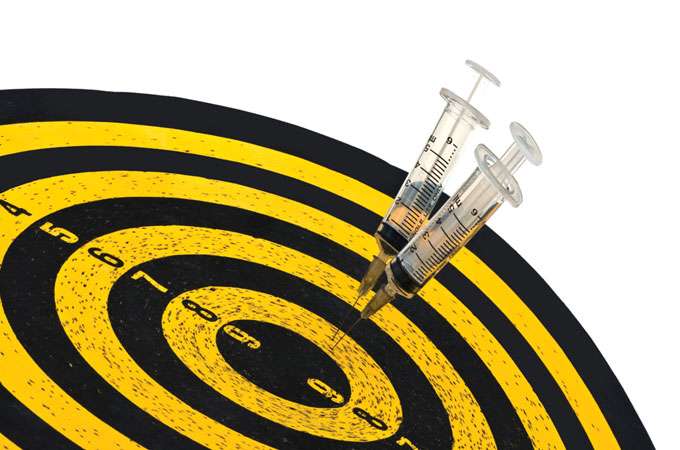 Could vaccinating the Serengeti’s lions cause cheetahs to go extinct?

In 1994, a deadly virus spread by domestic dogs had a devastating impact on the celebrated lions of Africa’s Serengeti National Park (SNP). Canine distemper virus (CDV) killed nearly 1,000 lions, or about one-third of the population. In response, conservationists launched “Project Life Lion,” a campaign to vaccinate dogs in Serengeti villages in a bid to halt the spread of the virus to lions and other wildlife. A new study, however, suggests that such vaccination campaigns, while good for lions, could be bad for the Serengeti’s cheetahs.

“The impact of using vaccination as a conservation tool on wildlife communities has rarely been investigated,” an international research team notes in PLoS ONE. In part, that’s because the links between a vaccinated species and others can be complex and hard to tease apart. In the case of the Serengeti’s lions and cheetahs, however, there is a well-documented connection: lions routinely kill baby cheetahs. Indeed, studies suggest that lions are responsible for 80 percent of all Serengeti cheetah deaths by predators, helping keep cheetahs at low population densities. Thus more lions could mean fewer cheetahs.

The study linked fluctuations in the two populations over a 60-year period. For the simulation, however, they treated the cheetah population as “isolated,” meaning it couldn’t be replenished by animals from other areas (as can happen in the Serengeti).

Under that scenario, the researchers found that lion vaccination could almost double the probability that the isolated cheetah group would go extinct within 60 years. With no lion vaccination, and two outbreaks of CDV, there was a 16.5 percent to 23.5 percent probability that cheetahs would go extinct. In contrast, with vaccination—and no CDV—the probability rose to 30.8 percent to 39.2 percent. “Protecting one threatened species from disease could lead to unforeseen negative impacts on another threatened species,” the authors write.

The team’s “goal is not to discredit vaccination campaigns . . . Instead our aim is to draw attention to the issue of unintended consequences of conservation actions.” In India, for example, efforts to protect tigers have led to a sharp decline in the population of leopards. One key to avoiding a similar problem in the Serengeti, they conclude, is using “long-term targeted monitoring” to track vaccination impacts. One bit of good news, they note, is that “the cheetah population at present is not isolated, and can be maintained by population supplementation on its borders.” ❧