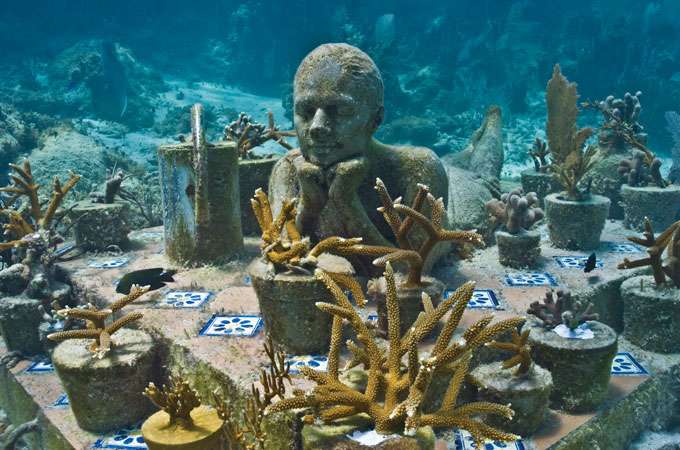 A Museum Down Under

Eco-sculptor Jason deCaires Taylor is founder and creator of two underwater museums that double as artificial reefs. His sculptures, which are made of pH-neutral, environmentally friendly cement, attract corals, sponges, fish, and other marine life. He works with marine biologists to create optimal spaces for aquatic flora and fauna, and he “plants” some of his sculptures with live coral cuttings from areas where reefs have been damaged.

Taylor also intends his museums, located off the coasts of Mexico and the West Indies, to raise cultural and environmental awareness among tourists and to lure them away from heavily visited, fragile natural reefs.

The Museo Subacuático de Arte (shown below) is located on the Manchones reef system off the coast of Cancun, Mexico, and contains 400 of Taylor’s pieces. Installed in 2010, The Silent Evolution occupies an area of over 420 square meters and weighs over 200 tons in all. The gallery is located in clear, shallow water—only eight meters deep—so divers, snorkelers, and even visitors in glass-bottomed boats can explore it.

A solo exhibit of Taylor’s sculptures, photos, and film will be displayed at the Jonathan LeVine Gallery in New York City June 30 through July 28. To learn more, visit underwatersculpture.com. ❧ 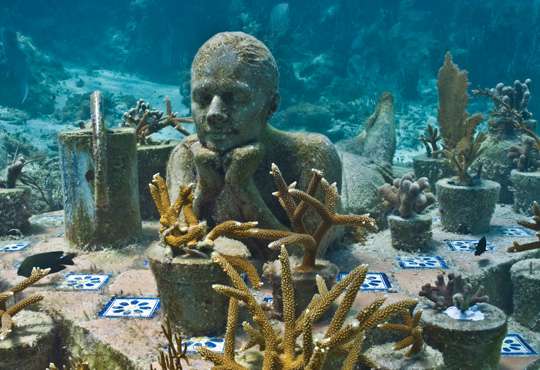 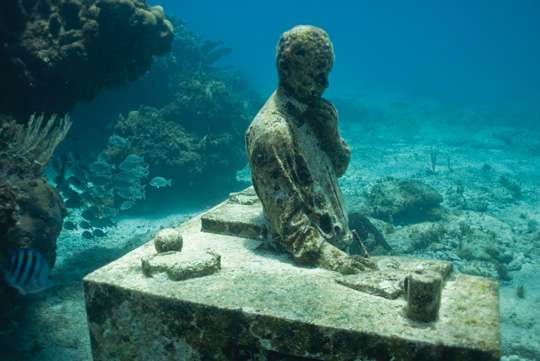 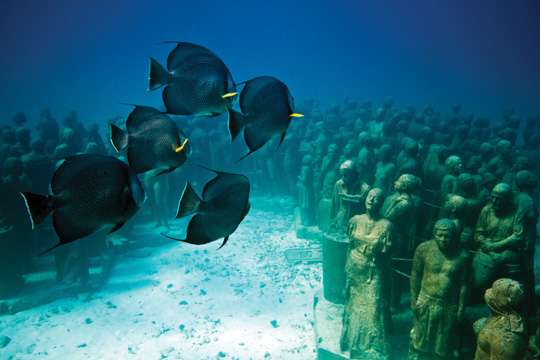 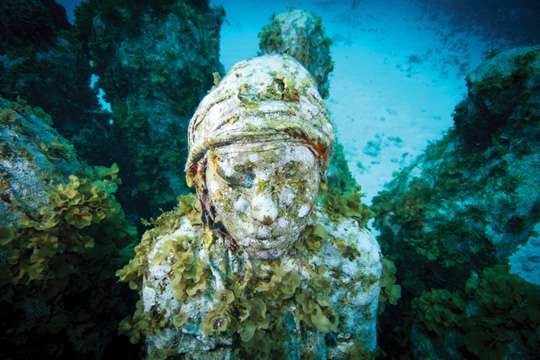