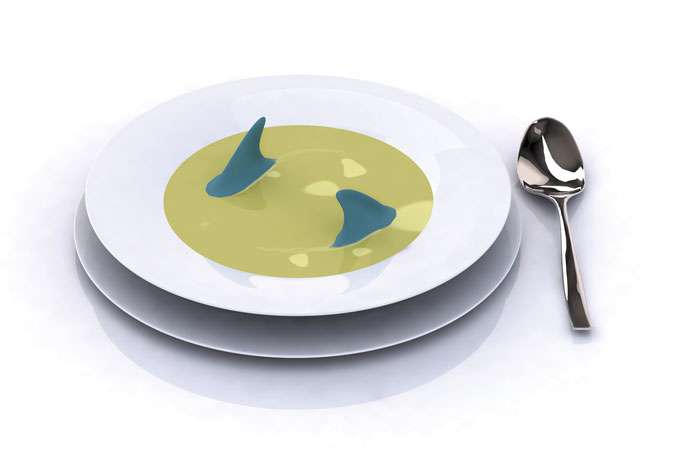 A Taste for Change

China is a land of thousands of soups. Claudia Li wants to rid dinner menus of just one of them. Lobster bisque. Abalone and crab. Ginger duck. Fish maw. Farmed tilapia. Mock or “faux” gelatin fin. Anything but shark-fin soup, a bland culinary status symbol responsible for the death of up to 73 million of the ocean’s top predators every year.

Through her Canada-based organization Shark Truth, Li innovatively approaches shark conservation from the grass roots. While legislatures have banned shark-fin sales in some North American states and cities, Li says that the big fish, so to speak, are in Asia. That’s where most shark fins are consumed, and what’s needed there to save sharks—one-third are facing extinction today—is nothing short of a major cultural shift in support of new laws.

Through Shark Truth’s annual wedding contests, 65 young couples have already pledged to keep shark fin out of their wedding banquets, saving 9,500 bowls of soup or 950 sharks. The winning couple earned a honeymoon in Hawaii, the first state to ban the soup.

Bride Judy Lau, motivated by the contest to overcome her father’s concerns that forgoing shark fin would “look bad,” served fish-maw soup instead.

Now, with Canada considering its own ban, Li wants to replicate her wedding contest around the world, creating an “open-source” contest package in several languages that groups anywhere could reproduce.

“We really need long-term champions, people who are in it not just because they feel backed into a corner, but because they feel inspired,” says Li. “Chinese culture is one of collectiveness . . . we can all decide to do this together,” she says.❧