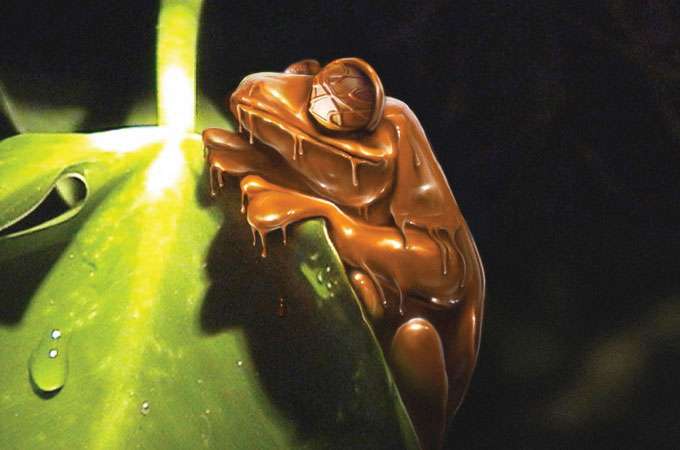 Shade is pretty sweet for cocoa and wildlife

Devotees of Hershey’s Kisses and fudge ice cream will tell you that chocolate is good for the soul. It may also be good for tropical forests. A new analysis suggests that in Ecuador, farmers produce even more cocoa beans when they grow their crops under a canopy rich in local trees, providing a home for native animals in the process.

For years, chocolate hasn’t been just the go-to for people with a sweet tooth. Conservationists have also pointed out that, compared to other cash crops, cocoa plantations impose a low toll on the tropics. In the Chocó region of northwest Ecuador—an area bursting with diverse plants, birds and other life—farmers have typically grown the bean-bearing plants mixed in with native trees. So it’s no surprise that growers and biologists alike also spot menageries of small mammals and birds jumping and flying through these plantations. But many Ecuadorians may now be abandoning this agricultural practice, says a team of researchers from Ecuador, choosing to cut down trees to give their cocoa plants better access to sunlight.

To discover just how bad a little shade really is for cocoa-bean output, the researchers turned to 16 small farms in the Chocó region, measuring how crowded their canopies were compared to crop yields. And, contrary to popular thought in Ecuador, native trees actually keep the beans flowing—up to a point, the group reports in Conservation Letters. Cocoa trees growing under the cool shade of their taller cousins can keep up good yields, in part because they aren’t pelted as much by wind and rain; they also don’t have so many choking weeds to fight off.

Still, cocoa yields will begin to droop if growing plots get too dark, the researchers say. Based on their estimates, that point of diminishing returns comes when 40 percent of the canopy is shaded (i.e., when there are 144 trees growing in single hectare). That’s less coverage than what’s seen in healthy forests but still enough for animals to thrive. In fact, during their surveys, the team members spotted representatives of 33 bird species considered threatened or endangered, hiding in cocoa plantations.

It makes good economic and environmental sense for cocoa farmers to embrace their shade, they conclude. “Chocó cocoa therefore represents a rare case where yield and biodiversity could both benefit from a wildlife-friendly farming measure,” they write. “We term this a ‘partial win-win’ situation.” ❧