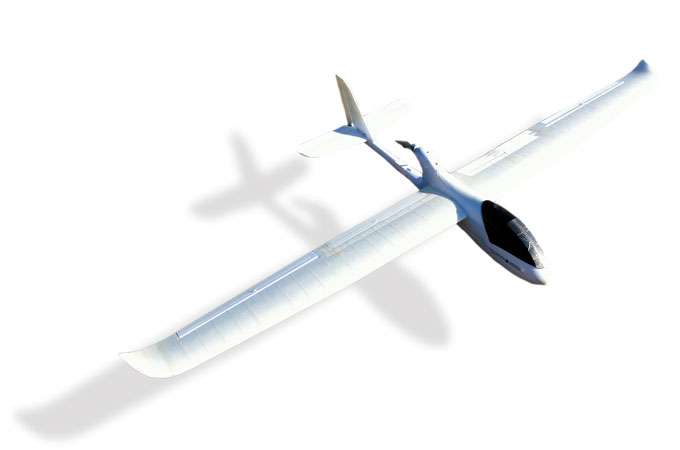 Conservationists have converted a remote-controlled plane into a potent tool for conservation. Lian Pin Koh, an ecologist at the ETH Zürich, and Serge Wich, a biologist at the University of Zürich and PanEco, have developed a conservation drone equipped with cameras, sensors, and GPS. So far they have used the remote-controlled aircraft to map deforestation, count orangutans and other endangered species, and get a bird’s-eye view of hard-to-access forest areas in North Sumatra, Indonesia.

“The main goal of this project is to develop low-cost unmanned aerial vehicles (UAVs) that every conservation biologist in the tropics can use for surveying forests and biodiversity,” said Koh. “Drones are already being used for many purposes, including , and even in Hollywood for filming. But they are still not commonly used for conservation purposes.”

“The drone is almost fully autonomous, which means it can take off and fly on autopilot,” Koh explained. “The user preprograms each mission on a laptop computer by clicking waypoints along a planned flight path on a Google Map.” Using GPS and sensors for altitude and airspeed, the drone will automatically fly the route, taking photos or videos along the way.

For anyone who has spent hours tracking over rough terrain in the tropical rainforest, the appeal of a conservation drone is immediately obvious.

“This may offer a cost-effective way of counting wildlife over difficult terrain,” said Stuart Pimm, an ecologist at Duke University who runs the conservation nonprofit Saving Species. “Having imagery of far higher resolution than from satellites is essential for such work, and it offers a viable alternative in places where helicopter or plane costs are too high.”

When an area must be mapped repeatedly over short time frames, drones could actually outperform satellites, according to Koh.

To date, Koh and Wich have used the drone in Aras Napal, close to the Gunung Leuser Conservation Area in Sumatra. During their four days of testing, the drone flew 30 missions—collecting hundreds of photos and hours of video—without a crash. A single mission, lasting typically about 25 minutes, can cover 50 hectares.

“The drone took pictures of areas where logging occurred and areas where oil palm are planted right next to a river, which is very damaging to the river ecosystem,” Koh said. It also imaged an orangutan feeding atop a palm tree, elephants on the ground, and smoke rising out of a forest,
he added.

Koh believes the low cost will open up the drone to a wide range of other applications. “My dream is that in the future, every field ecologist will have a drone as part of his toolkit, since it doesn’t cost more than a good pair of binoculars!” ❧

Adapted from an article that originally appeared on mongabay.com on March 12, 2012. Reprinted with permission.