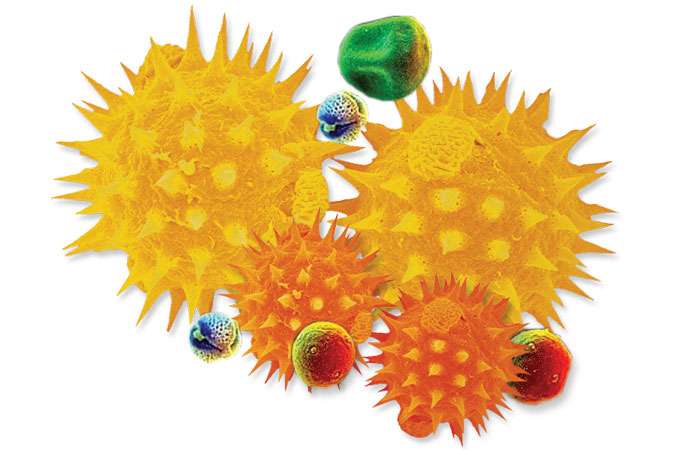 We could be headed for a sneezier future

Pollen levels are rising across Europe, scientists report, and the culprit might be higher carbon dioxide levels.

Allergies have been increasing around the world for the past 50 years, but scientists don’t fully understand why. Air pollution isn’t enough to explain the rise in sniffles. And while it’s possible that warmer weather could affect plant-flowering times, research on pollen levels hasn’t revealed clear patterns.

The study authors decided to analyze the annual pollen index (API)—the average pollen concentration each day added up over one year. The team studied 1,221 pollen data sets spread over 97 locations in Europe, covering ranges of 10 to 28 years.

Fourteen percent of the data sets showed a statistically significant increase in pollen levels over time, while eight percent showed a statistically significant decrease, the authors report in PLoS ONE. When the team examined APIs for 23 types of plants, nine went up and only two went down. The pollen increases didn’t seem to be linked to changes in temperature, but the problem did appear worse in
urban areas.

The researchers speculate that higher carbon dioxide levels in cities might be boosting pollen production. Since scientists expect CO2 levels to keep rising, we could see “greater exposure of humans to pollen allergens, with potentially serious consequences for public health,” the team writes. ❧