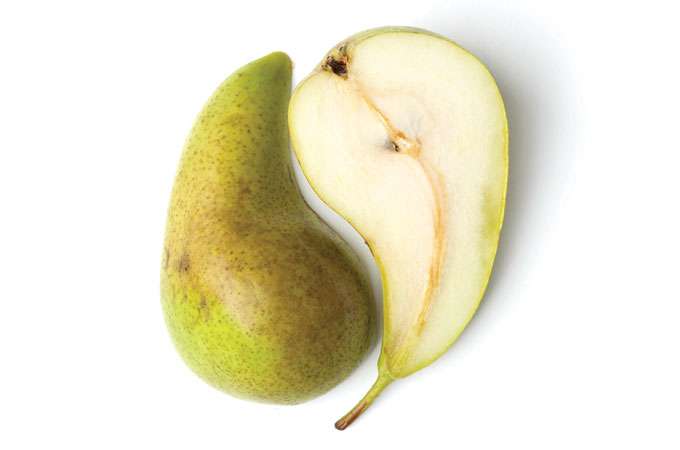 In Search of an Environmentally Balanced Diet

A review of The Locavore’s Dilemma

Not too long ago, Americans were waging cultural wars over topics as explosive as reproductive rights and capital punishment. Today, in a development few could have predicted even a decade ago, we now rage over the politics of food production. In a nation that engineered the Twinkie, it seems any emphasis on agricultural reform would be a welcome development. Unfortunately, our national food fight is so dichotomized and polarized that what often emerges is sound and fury rather than realizable solutions.

Which is not to say that agricultural discussions aren’t marked by brilliance. Indeed, insights generously abound in the pivotal work of the Great Agrarian Debate. A recent case in point is the delightfully counter-intuitive The Locavore’s Dilemma: In Praise of the 10,000 Mile Diet. Drawing on a small mine of new research while assuming a much-neglected historical perspective, Pierre Desrochers and Hiroko Shimizu—a geographer and a policy analyst (a married couple)—make a strong case for the environmental and economic promises of a globalized industrial food system.

More controversially, they make their case while dismantling the myths underscoring the pervasive adoration of what the authors cleverly deem SOLE food—food that claims to be Sustainable, Organic, Local, and Ethical. Given the wild popularity of the SOLE food movement, Desrochers and Shimizu potentially provide a critical counterbalance to an oftentimes quixotic approach to comprehensive agricultural reform.

The book’s potential, however, is ultimately weakened by its combative tone. Fueled by the vitriol of agricultural discourse, the authors deploy antagonistic rhetoric and hyperbole to rant their way through an otherwise compelling set of ideas. Unabashedly, they admit writing their book after “having been insulted” by an opposing perspective. Gleefully eschewing diplomacy, they lambaste “foodiots” and “local food activists” as “oblivious to what life is really like when most food is organic and locally produced.” They bluntly concede, “We cannot avoid taking sides in the current culture war over modern farming.” Such authorial demeanor is obviously intended to do little else but take potshots at the enemy. 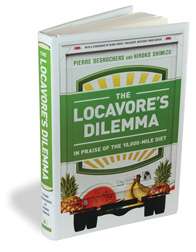 In this respect, The Locavore’s Dilemma reflects the broader nature of agricultural discourse in the U.S. It’s a discourse that’s evolved (with a big boost from the Internet) not only to antagonize opposing viewpoints while scoring ideological points, but also to cheapen otherwise useful ideas with vicious mudslinging, incomplete contexts, and strategically omitted qualifications. It is, in a word, politicized. Agriculture, however, is an inherently ambiguous pursuit that, in its truest form, is resistant to the reductive tendencies of politics. The only absolute truth in agriculture is that growing food requires aggressive intervention into a pre-existing landscape. Beyond that, almost everything related to agriculture is open to honest debate.

Honest debate, though, is tough. It requires being comfortable with a million shades of gray. It requires acknowledging that everything about growing food is provisional and, to an extent, unpredictable. Sometimes, given the circumstances, local makes more sense. Sometimes it doesn’t.

The same could be said for organic agriculture, genetic modification, synthetic fertilizer, pesticide application, and any hot-button issue sparking firestorms of outrage. In failing to honor this complexity, politicized agrarian discourse systematically undermines the potential for viable change toward a more humane and environmentally responsible way of growing food—which is terribly unfortunate.

A concrete example of this failure to communicate is the manner in which we evaluate organic agriculture. Critics of organic agriculture (including Desrochers and Shimizu) insist that lower yields would cause agricultural sprawl and mass starvation. Organic advocates, by contrast, argue that conventional systems, with their addiction to synthetic chemicals and fossil fuel, will create environments increasingly detrimental to human and ecological health. Strong claims.

But they’re both overstated. Most notably, they studiously fail to consider an issue integral to any serious discussion of organic agriculture: the place of animals in the American system. The vast majority of plant matter grown in the U.S. is not only grown conventionally—it’s grown to feed livestock. Most of the chemicals sprayed and natural gas burned in conventional agriculture goes toward the production of chemically dependent monocultural crops—namely corn and soy—occupying vast amounts of agricultural space. Radically reducing our reliance on animal husbandry would thus liberate huge tracts of land to grow a greater diversity of crops (organic and conventional) to feed directly to people. What a concept.

The prospects of organic are now, in one sense, vastly improved, as more arable land means less concern over low yields. In another sense, with the corn and soy now fed to livestock removed from the equation, the justification for spraying synthetic chemicals is also potentially strengthened, as they could be applied more judiciously in an agricultural system dedicated to a diversity of high-yielding plants. Either way, the important point is this: there’s more room for both methods in any viable blueprint for agricultural reform.

That said, if Desrochers and Shimizu are any indication (and I think they are), we’re far from achieving a model of discourse that accommodates such a healthy juxtaposition. It’s worth recalling that in his groundbreaking book The True Believer (1951), Eric Hoffer explained how “hose who would transform a nation or the world cannot do so by breeding and captaining discontent.” In doing exactly that—breeding and captaining discontent—leaders of the Great Agrarian Debate routinely reduce themselves to angry scribblers rather than agents of change. And this, in a way, may be both the omnivore’s and the locavore’s biggest dilemma. ❧

James McWilliams is an associate professor of history at Texas State University, San Marcos, and author of Just Food: Where Locavores Get It Wrong and How We Can Truly Eat Responsibly.