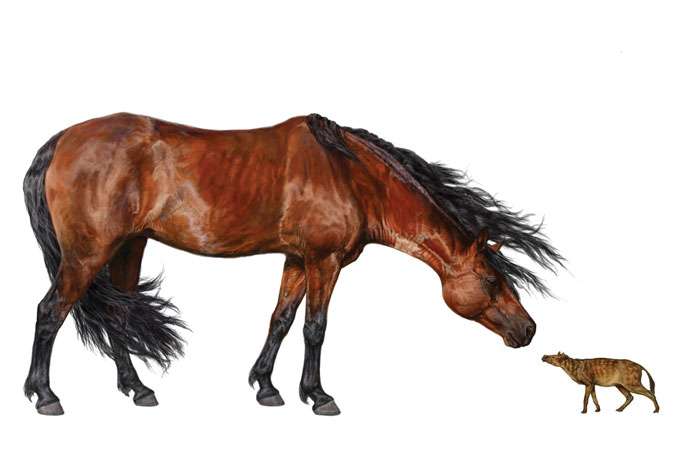 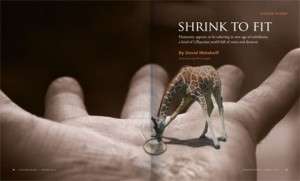 In our Spring 2011 cover story, “Shrink to Fit,” David Malakoff reported on the dwarfing effect hot temperatures have on species and how larger animals could be in bigger trouble in a warming climate. A February 2012 study in Science illustrates the connection between temperature and the shrinking phenomenon by looking at the evolution of North America’s first horses and the climate 55 million years ago.

In particular, the researchers were able to parse out the mechanism behind Bergmann’s rule. According to this theory, larger species within a genus are generally found in colder climates while smaller ones live in hotter places. The researchers correlated horse body size—determined by the size of molar fossils—to the local Wyoming temperature, determined by carbon- and oxygen-isotope signatures in tooth enamel. They concluded that temperature, as opposed to ecosystem productivity (an alternative explanation for Bergmann’s rule), affected the horses’ rapid shrinking at the Paleocene-Eocene Thermal Maximum, a period of rapid global warming about 55 million years ago. The 12-pound Sifrhippus sandrae shrank 30 percent over the course of 130,000 hot years. The horse’s body size then shot back up by more than 75 percent within 50,000 years of the period of warming.