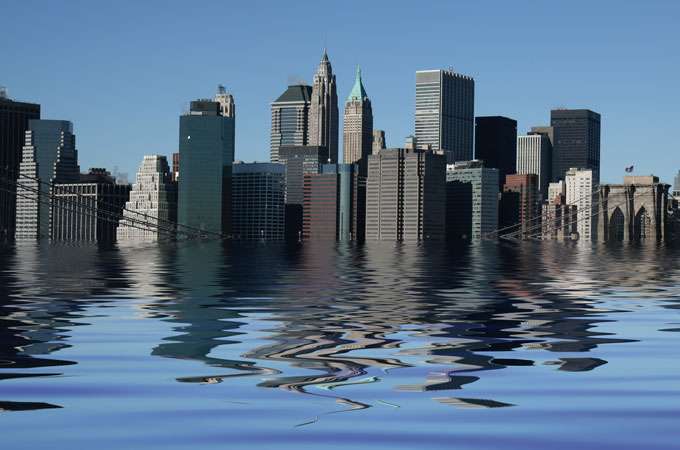 Sea-level rise is speeding up along part of U.S. East Coast

Scientists have identified a 1,000-kilometer stretch along the U.S. Atlantic coast where rates of sea-level rise are increasing much faster than in the rest of the world.

Contrary to what you might assume, global warming “does not force sea-level rise (SLR) at the same rate everywhere,” the authors write. Instead, the rate of sea-level rise is affected by factors such as temperature, salinity, and ocean circulation. Warmer and fresher waters in parts of the North Atlantic Ocean could raise sea levels along North America’s eastern coast.

The researchers studied tide-gauge measurements taken along that coast from 1950 to 2009 and found a sea-level-rise “hotspot” from Cape Hatteras, North Carolina, to Boston, Massachusetts. Within that stretch, differences in rates of sea-level rise averaged 1.97 millimeters per year—about three or four times more than the world average of 0.59 millimeters per year.

The rapid increase can be explained partly by changes in temperature and rates of ice melt, the authors say. These rising waters “will increase the vulnerability of coastal cities to flooding, and beaches and wetlands to deterioration,” the team warns. ❧