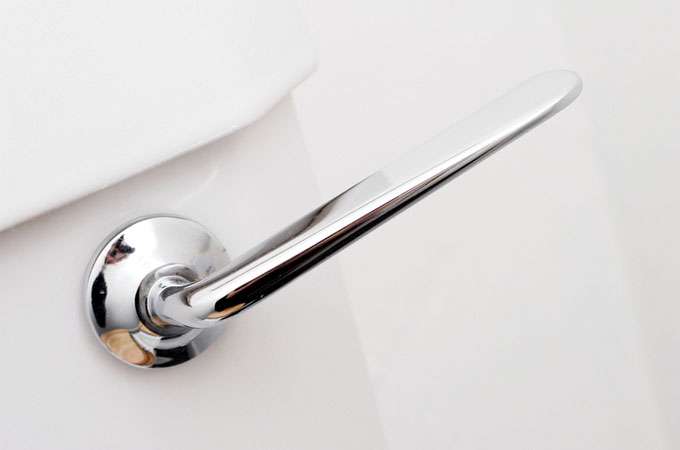 To Flush or Not to Flush

What’s the best way to keep drugs out of waterways?

Tossing unused pills into the trash may be an environmentally friendlier option than flushing them down the toilet or taking them to a pharmacy for incineration, researchers have concluded.

U.S. households accumulate millions of pounds of pharmaceutical products per year that have to be thrown away because they are expired or no longer needed. These drugs can end up in streams and drinking water. To stop the flow of medical detritus, the U.S. has started “take-back” programs that encourage people to drop off unwanted pills at a pharmacy, which can arrange to have the drugs incinerated.

A team investigated which disposal strategy would yield optimal environmental benefits, taking into account emissions from processes such as incineration, trash collection, and driving to pharmacies. If everyone flushed unused pills down the toilet, the amount of active pharmaceutical ingredients (API) released to the environment would roughly double. Throwing pills into the trash, bagged and mixed with garbage, would cut API release by 88 percent.

Take-back programs would prevent any APIs from reaching the environment, but other types of emissions would increase substantially. For example, emissions that contribute to global warming would jump more than twentyfold, the team reports in Environmental Science & Technology. Under a more realistic scenario in which only 43 percent of households took unused drugs to pharmacies (with the rest of the pills going into the garbage), API release would fall by 93 percent but other emissions would still rise by 130 to 950 percent.

The authors conclude that “trash disposal would be nearly as effective in reducing environmental API emissions as take-back programs but without significant increases in non-API emissions or societal costs.” The annual price tag for a national take-back program could reach $2 billion. And rather than take the trouble to drop off pills at the pharmacy, people might let the unused pills sit at home, “which increases the risk of poisoning, abuse, and addiction,” the team writes. ❧