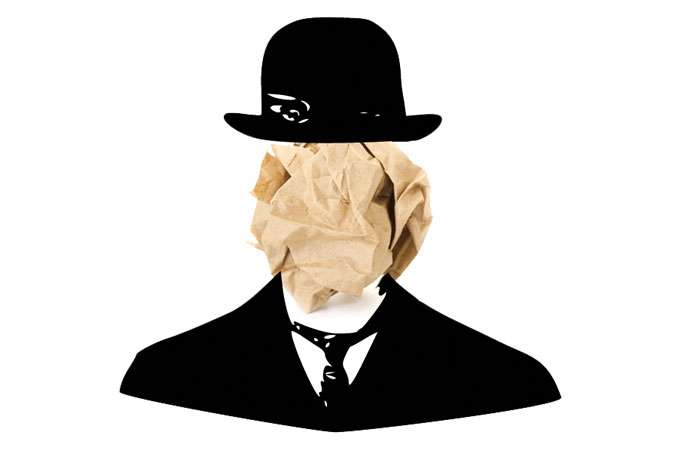 Before congratulating yourself for recycling that sheaf of paper, you might want to think about how much you used. According to a new study, people tend to fritter away more resources when they know they can recycle them.

The idea for the study arose when Jesse Catlin and Yitong Wang, then graduate students at the University of California, Irvine, business school, noticed that one of the school’s printers put out an extra cover sheet with every document. The two wondered whether the recycling bin next to the printer made people more likely to just toss the sheet into the bin rather than re-use it.

To find out whether the ability to recycle affected consumption habits, the team asked 44 undergraduate students to test pairs of scissors by cutting pieces of paper into shapes. Some students sat in a room with a trash can and a recycling bin, while others had only a trash can. Students without the recycling option used an average of 9.45 grams of paper. But students with recycling bins were more profligate, using 17.21 grams.

Next, Catlin and Wang tested their hypothesis “in the wild” by monitoring paper-towel usage in a men’s restroom which initially had only trash cans. For 15 days, the researchers weighed the towels in the dispensers in the morning and at night to determine the amount used daily. They also counted the number of users by installing a device with an infrared beam that detected when the bathroom door opened or closed.

Then the team added a recycling bin to the bathroom, together with a sign saying towels put into the bin would be recycled, and monitored usage for another 15 days. With the recycling bin present, the average weight of paper towels used per person increased from 6.12 grams to 7.13 grams, the team reports in the Journal of Consumer Psychology.

People may view recycling as a “get-out-of-jail-free card” to consume more, says Catlin, now a consumer behavior researcher at Washington State University Tri-Cities in Richland, Washington. That doesn’t mean we should scrap recycling bins. But consumers might need to be reminded that recycling isn’t cost-free—nor an excuse to be wasteful. ❧