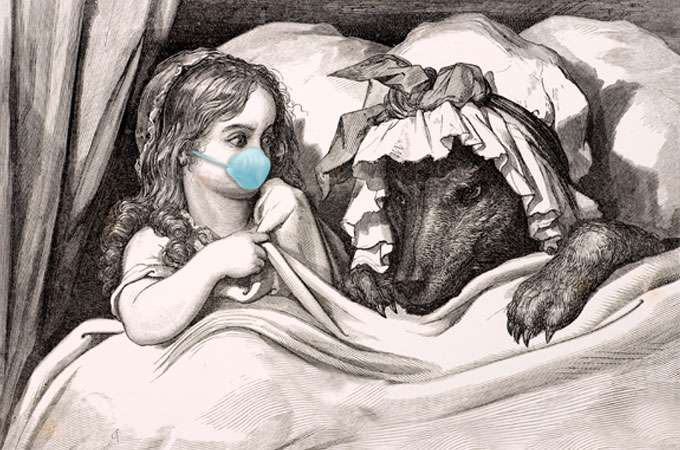 By Jeffrey A. Lockwood

The title and cover of David Quammen’s newest book would lead one to guess that this consistently brilliant writer has crafted a terrifying tale about how we’re all going to be infected by a microbe that originates in a crazed monkey and makes us hemorrhage to death unless we pour money into biomedical research. Although there are darkly enchanting accounts of scientists solving mysterious deaths caused by pathogens, the book appeals more to the intellect than to emotions. Rather than telling us what to think, Quammen crafts science-filled stories that constitute a kind of literary dataset which gives rise to several unexpected conclusions about illnesses that humans acquire from other animals (zoonotic diseases) through “spillover” events.

Spillover reads like a series of medical-science whodunits, so if you’re the sort who cheats when reading mysteries, just turn to the last section. Spoiler alert: We’re the culprits. Sure, killer microbes are running amok, but epidemics are more like suicides than homicides. Humanity’s growing population, disruption of wild ecosystems, movement of people and livestock across the planet, and contribution to global warming are tantamount to walking up to a hit man and asking to get whacked. Viruses are the bullets, but we’re putting out contracts on ourselves.

Pandemics are really just a symptom

The vast majority of people will succumb to a mundane malady such as cardiovascular disease rather than something exotic like the Nipah or Hendra virus. And if you catch a zoonotic disease, it’s far more likely to be influenza than Ebola. The really big deal is the “outbreak” of 7 billion humans—and Quammen reminds us of the universal feature of outbreaks: they end. Perhaps we’ll crash like a population of diseased gypsy moths, melting into puddles of viral soup. But if we’re smarter than insects, maybe our population will decline with a graceful whimper rather than a pandemic bang.

Quammen tries, rather unsuccessfully, to justify his fascination with zoonotic diseases by explaining that HIV originated in chimpanzees. Let’s be honest. The reason he wrote this utterly gripping book—or at least the reason we pick it up—is because of the macabre thrill that comes from learning about bizarre forms of death. And it’s OK to be morbidly curious; science is fueled by such motivations. That said, Quammen hints at a serious moral issue: without very conscientious social policies and resource allocations, the world’s poor will bear the brunt of whatever is coming.

Biodiversity is not (always) our friend

If you want to avoid new and nasty diseases, eschew contact with bandicoots, bats (especially!), camels, canaries, chimpanzees, chipmunks, civet cats, cormorants, cows, deer, fleas, geese, goats, gorillas, gulls, horses, macaques, monkeys, mosquitoes, parrots, pigs, raccoon dogs, rats, sheep, shrews, skunks, ticks, and turtles. Recognize that you’re just a mobile Petri dish for the “virosphere,” a term Quammen coins for “a vast realm of organisms that probably dwarfs every other group.” In defense of biodiversity, Quammen also notes that intact ecosystems might be our best defense against some zoonotics such as Lyme disease. In sum, biology is complicated, which brings us to the next point. 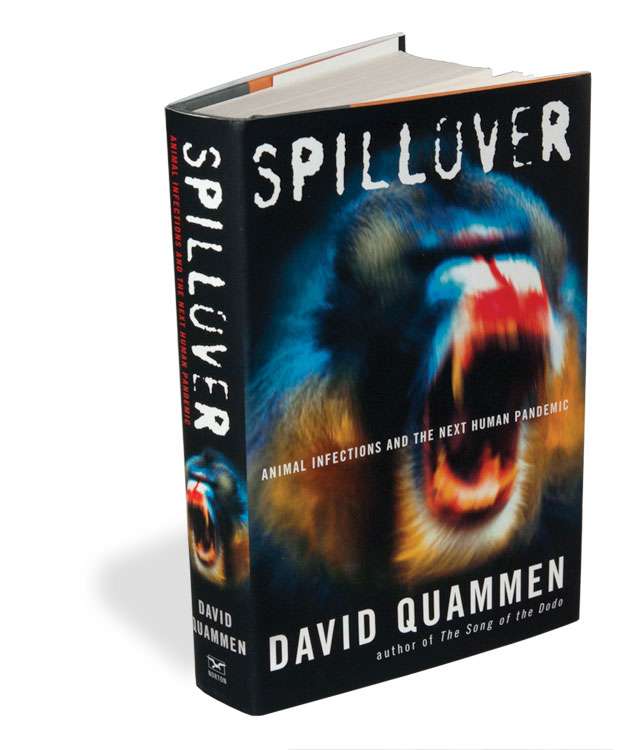 Spillover: Animal Infections and the Next Human Pandemic, by David Quammen, W.W. Norton, 2012

Quammen is understandably enthralled by the capacity of molecular biologists to decipher evolutionary paths and of ecologists to infer (un)natural histories. But, as he notes, what happens during the next outbreak “will depend on science, politics, social mores, public opinion, public will, and other forms of human behavior.” Medical anthropology, rural sociology, and political science may be the keys to our understanding of, and effective response to, the Next Big One. As Quammen so gorgeously recounts, human behavior—from hand-holding in Bangladesh, to land development in Australia, to quarantine practices in China—is likely to determine our fate.

The section of Spillover called “Going Viral” is the best 50-page primer on virology that I’ve seen. Quammen genuinely understands ecology, evolution, and lots of other stuff. There’s no doubt that he grasps complex science and challenging math (his claims of intellectual humility notwithstanding)—and he weaves this content into enchanting stories. If we want American students to succeed in the STEM fields (science, technology, engineering, and math), get Quammen and his ilk to write the textbooks—then we’ll have something that students will actually read and remember.

There you have it: a must-read book for its gruesome, whodunit elements—but mostly for reasons that you might not expect. In Spillover, we learn that the rabies virus fosters its own transmission by traveling to the host’s brain, where the microbe elicits aggression and biting. Given the incredible, evolutionary capacities of viruses, I want to be infected by one that makes me write like David Quammen.

Jeffrey Lockwood began his academic career as an assistant professor of entomology and now teaches courses in natural resource ethics, creative writing, and philosophy at the University of Wyoming. He has received the Pushcart Prize and a John Burroughs Award for his essays. His upcoming book (2013) is The Infested Mind: An Exploration of Insects and the Human Psyche.