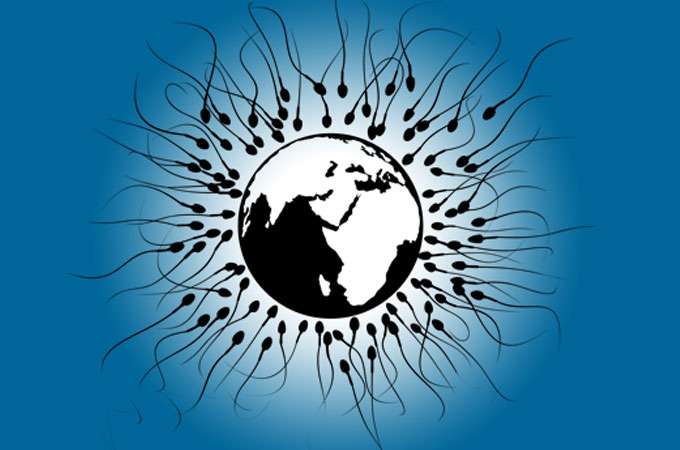 Are There Too Many People on the Planet?

Before you read any further, please answer the question in the headline. Finished? Now read on.

I’m guessing that a lot of you answered yes. Now let’s think this through: We have 7 billion people on the planet.

How would you make those decisions? I doubt any real science comes into play. Yet at a recent meeting of the Society for Conservation Biology, I was in a conversation with several colleagues in which one person said there are too many people on the planet—and everyone nodded in agreement. This statement, together with the group’s certainty of its truth, offers a revealing window into conservation.

Here’s what I bet goes on when this question is posed—and I want to say up front that I think this way myself. I do not like long lines and traffic jams. I do not like that I have to drive 60 minutes to get to a decent natural area or that when I get to the Cascades for my hike, I’m likely to run into dozens of others on the same trail. I do not like how built up our coastline has become and how hard it is to get access to beaches. And so on.

In other words, I do not like the impact of “too many people” on my personal happiness. Rarely do we admit that this is the basis of our concerns about human population. Instead, we couch them in terms of “exceeding the Earth’s carrying capacity” or “causing the extinction of species.”

For example, one common mantra is that we are already using up the equivalent of 1.5 Earths—so how could we add even more people? But that refrain is based on an ecological footprint calculation that is deeply flawed and has been widely critiqued in the literature. (1, 2) The simplest way to expose the fallacy of the ecological footprint calculation is to emphasize that, simply by planting half the U.S. area with eucalyptus, we could change the current total human footprint from 1.5 Earths to only one Earth.

The other mantra is that an excess of people is causing the extinction crisis. I certainly agree that people are, sadly, causing extinctions, but I am not convinced it is a “number of people” issue per se. The most spectacular and massive extinctions of megafauna were associated with human populations of fewer than 1 million—the so-called “Pleistocene overkill,” when humans entered North America from Asia. During that period, the world lost mammoths, giant sloths, saber-toothed tigers, the dire wolf, giant beavers, and numerous other awesome species that would today inspire and enthrall us if they still existed. It did not take 7 billion people for this to happen. In fact, these extinctions occurred at extremely low population densities. (3)

Lastly, the entire notion of too many people neglects those studies showing that large numbers of people, especially concentrations of people in cities, are engines for innovation and cultural advances. (4) For example, new patents and inventions overwhelmingly come from cities—and the larger the city, the more patents and inventions are produced.

Given all this, I still think there are probably too many people on the planet. But I’m a little embarrassed by that sentiment—I know there is no clear analysis behind that conclusion and that it is to some extent a reflection of the fact that occasionally I like to get away from people. More importantly, the question of whether there are too many people is the wrong one for conservationists to ask. The right questions are: What quality of life do we want all people on the planet to share? And how can we achieve that quality of life while preserving as many species and ecosystems as possible?

Conservation of nature has a lot to contribute to answering those questions and to enhancing that quality of life. So don’t automatically nod in agreement when a colleague says: “The problem is, there are too many people on the planet.” People can be the solution as well as the problem.

Peter Kareiva is chief scientist for The Nature Conservancy and author of six books, including Conservation Science: Balancing the Needs of People and Nature (Roberts & Company 2010).