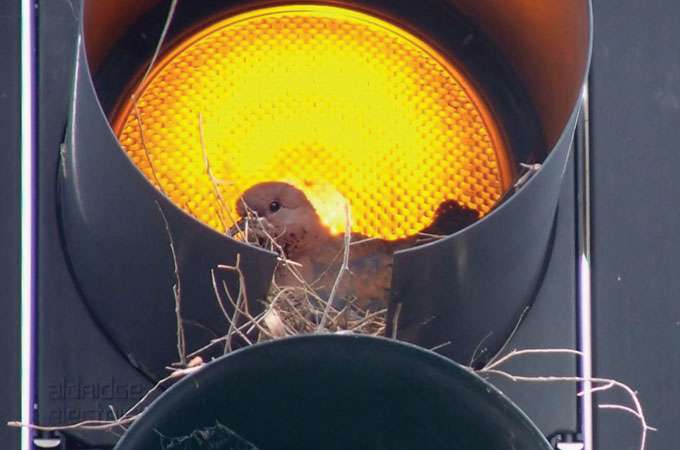 Dense cities are better for birds than urban sprawl

Which is better for city birds: densely packed housing or sprawling development? In a new analysis, researchers suggest that compact urban design—even though it leads to smaller yards—is ultimately better for biodiversity.

Cities are growing fast, but planners don’t know much about how different types of development will affect urban flora and fauna. Dense housing could reduce biodiversity more severely within a concentrated area, while sprawling suburbs cover more ground but may have a less intense effect on biodiversity.

The team decided to compare how the two approaches would play out in a 636-square-kilometer patch of Brisbane, Australia. First, the researchers surveyed urban birds from August to November 2009, gathering almost 8,000 observations. Next, they modeled the locations of 36 species within this area. Finally, they ran simulations to predict where species would appear or disappear if the city added 84,642 housing units within the study area, with either a compact or a sprawling design.

Not surprisingly, birds suffered in both scenarios. But sprawling development made species vanish from more parts of the city, the team reports in a study accepted for publication in Global Change Biology. (The area occupied by nonnative species also rose by seven percent in the sprawling scenario but didn’t change much in the compact scenario.)

Denser housing did have one downside. Houses have smaller backyards, “which impacts opportunities for people to experience nature close to home,” the authors write.