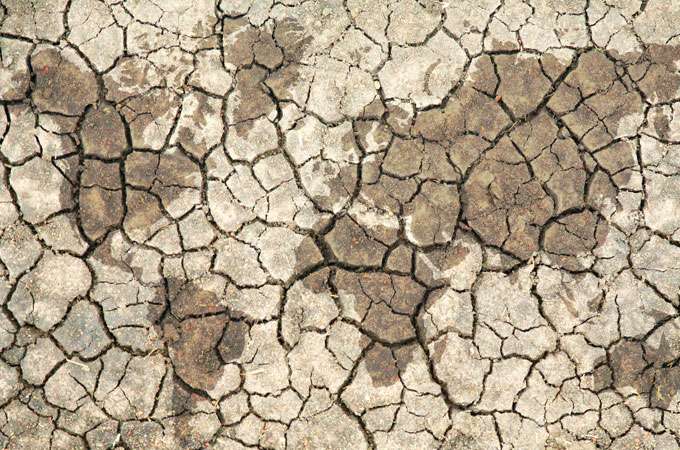 Recent headlines about severe drought in the U.S. and Australia can give the impression that these extreme events have become more common. But according to a study in Nature, the amount of drought worldwide hasn’t changed much within the past six decades.

Scientists have predicted that climate change will cause more frequent and more intense droughts, and some studies have suggested that the trend is already well under way. To study drought patterns, researchers often use a model called the Palmer Drought Severity Index (PDSI), which estimates the intensity of drought. The PDSI, developed in the 1960s to help agricultural managers estimate water availability for crops, became widely used around the world.

But the PDSI oversimplifies the problem, the study authors say. The model assumes that evaporation of water is driven mainly by temperature, and it doesn’t account for other factors such as wind, humidity, and sunshine. People have delayed upgrading to a better model because in the past, data on some of those factors were hard to come by. With new data available from satellites and other sources, though, that’s no longer a good excuse.

“We have the data, we have the knowledge,” says coauthor Eric Wood, a hydrologist at Princeton University in New Jersey. “So there’s no reason why today people shouldn’t be using more appropriate models.”

Wood’s team used a more realistic algorithm to analyze changes in global drought patterns from 1950 to 2008. The older PDSI model suggested that the drought index had dropped by 0.037 per year during that time. (A lower value indicates more severe drought.) But the updated model shows a drop of only 0.018 per year.

Similarly, the older model estimated that the global area affected by drought had risen by 0.559 percent per year from 1980 to 2008, with large swaths of the world becoming drier. In contrast, the updated model suggests that some regions became drier and some wetter, with a net increase in global drought area of only 0.078 percent per year.

“The results show that previous calculations of the increase in global drought are overestimated,” the authors write. They note that some studies have concluded that hotter weather drove increases in drought. But the process also can work in reverse: drought can cause the temperature to rise. “Short-term temperature anomalies are likely to be a response to drought, rather than a factor in forcing drought,” the team writes.