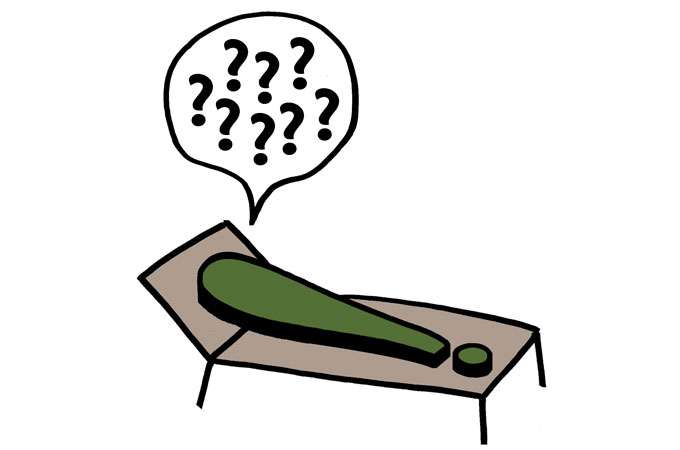 Chances are good that somewhere in your house—in your fridge or your bathroom, probably—you’ve got a container with the title of Nathanael Johnson’s new book on it: All Natural. It is calming, reassuring, and totally meaningless. The phrase has no regulatory definition; companies can slap it onto whatever perfumed synthetic stew they want. And even if it did reliably mean that nothing in the product was cooked up in a lab, “naturalness” tells us very little about safety, effectiveness, or environmental impact.

Philosophers call this phenomenon the “appeal to nature” fallacy, the idea that whatever is “natural” is always good or right. But we don’t eat just any mushroom we happen upon in the forest, simply because it is natural. And few among us would prefer to die of an abscessed tooth or appendicitis or childbirth, despite the beating that western medicine takes for being “unnatural.” At the same time, many of us are painfully aware that our experiments in “better living through chemistry” have hurt us—and the planet—very badly. Our couches are full of carcinogenic flame retardants; processed foods are contributing to a trend toward obesity in western countries; and manmade plastic swirls in an enormous, guilt-making gyre in the middle of the Pacific Ocean.

Johnson’s book deftly captures this quintessentially modern dilemma, which has plunged many first-worlders into a chronic state of “ecological anxiety.” In the book, he sets out on a journey to get to the bottom of the polarizing debate.

His starting point is very personal. Johnson’s parents were northern California hippies who raised their kids on a Paleolithic diet and eschewed even diapers as unnatural. Apparently, they put their babies to sleep on a pad with “a sort of fecal containment lagoon” of cotton rags around their rear ends.

Facing parenthood himself, Johnson begins to question his family’s natural mindset and goes on a quest to fact-check the ideology. Raw food? Apparently not the cure-all he once thought it to be. Vaccines? Not as unnatural as you might think, and certainly less risky than skipping them. Home births? Great most of the time, but occasionally it turns out to be really nice to be in the hospital. On births, as in so many of these debates, Johnson looks in vain for a middle way. For his own daughter’s birth, he dreams of hiring an outfit that would be called something like “No-nonsense, Evidence-based Midwifery,” a place where “hippie midwives and numbers-driven doctors” coexist happily. Instead he finds (as I did) only options for one of two extremes: midwives who are ideologically anti-hospital or hospitals that are a bit too happy with the caesarean scalpel.

Recalling his own teenage disillusionment when he attended a hip environmental protest that failed to attract the notice of anyone much at all, Johnson also looks for a third way when it comes to conservation. “I’d driven the length of the state to stand in this dusty scrap of desert and shout “Stop!” But instead of saving the environment, I’d somehow ended up at a self-congratulatory rave.” Johnson ends up rejecting the credo of his youth—that nature and civilization are always in opposition—and investigates conservation approaches where humans and the rest of nature seem to get along in a mutually beneficial relationship. 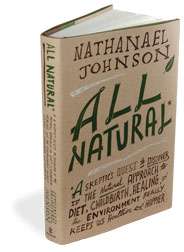 Through it all, Johnson forges a new path—one in which he chooses between the modern technological option and the “all natural” option on a case-by-case basis. His trick is to skip the ideology and make decisions on the basis of science, keeping in mind that uncertainty levels, in many cases, are high. What’s healthier to drink, raw milk or pasteurized? Should I vaccinate my children? What do the data say? Following the research, Johnson retains—or re-embraces—some parts of the natural lifestyle of his youth but rejects others.

His book is not only a fascinating read for those who want to get to the bottom of issues such as raw milk and home birth, but it is also a call for more sensible decision-making. Many environmentalists and conservationists instinctively trust the “natural” over the artificial in any complex endeavor, from land management to a trip to the grocery store. We were raised that way, or we found a place in nature-oriented communities as adults. But the smarter approach is Johnson’s—follow the science.

The problem with buying (for an extra $3 a bottle) shampoo with “all natural” stamped on the side is that you are paying for “a world-changing philosophy,” not a real value. The same goes for “new and improved”—it is just the techno-optimist version. When facing complicated decisions, we need fewer world-changing philosophies and more common sense informed by empirical evidence. Johnson’s personal journey through the book, which he recounts with sparkling humor, begins with him shopping for the best ideology and ends with him trying to operate without any ideology—seeing “the world both ways at once, with both eyes open.”

Emma Marris is an environmental writer and author of Rambunctious Garden: Saving Nature in a Post-Wild World.